With the Tony Awards coming up next month, theatergoers are looking forward to see if their favorite shows will be noticed, while others are racing to get familiar with any Broadway shows they may have missed. While theater hounds will tell you nothing beats the real thing—virtual reality and 360-degree video are helping to bring a new way to experience Broadway without entering the theater or shelling out rent money for tickets.

Broadway shows are amazing experiences full of music, dancing, and acting. There's a magic to seeing these performances live, and with the trend of A-list celebrities headlining shows—current runs boast the likes of Josh Groban, Glenn Close, and Patti LuPone—Broadway is more alive than ever.

However, despite online sites like TodayTix and daily ticket lotteries, Broadway can still be an incredibly inaccessible space. Prices for Broadway can make an outing to the theater out of reach for the average person. The cheapest seats tend to cost $30-40 dollars, and the most expensive can be hundreds dollars—if you can score them at all.

A unifying experience for most New Yorkers, besides hating the subway, is the repeated disappointment of finding you didn't win Hamilton tickets in the daily lottery. That doesn't even touch on the feeling those who live outside of New York have when presented with morning talk show performances, cast recordings, and movie adaptations of big Broadway shows—but not the real thing.

But now, virtual reality is lending a hand to bringing the Broadway experience home. Let's take a look.

The Lion King, a stage adaptation of the popular Disney classic, was one of the first to jump on the 360 video train with a stellar performance of "Circle of Life" that you can watch on a headset or Cardboard. They accomplished this by teaming up with Total Cinema 360, a collaboration that co-founder Craig Gilbert told the Los Angeles Times is challenging because "you're not just filming something but dealing with rehearsals and changing choreography and different lighting."

With The Lion King, which has incredibly detailed and iconic costumes and makeups, a close-up experience is a thrill even for those who might have already seen the show. It's consistently been one of the highest-grossing shows on Broadway, and 360 video brings you up and close to the show's amazing design. 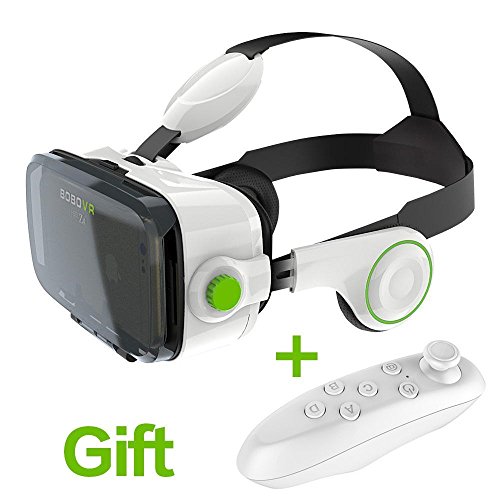 The School of Rock musical also created an amazing music video with Koncept VR of their number "You're in the Band." Considering the show came from the Jack Black film, it's not surprising that School of Rock lends itself so well to the format set to the song Andrew Lloyd Webber (yes, really) wrote. Fun fact: all the kids in School of Rock play their instruments live, and if this lively number doesn't energize you nothing will.

It's a hard act to follow, but Koncept VR proceeded with a VR experience of Hamilton's emotional number "Wait for It" which is sung by Aaron Burr in a defining song that includes the iconic line "death doesn't discriminate, it exhibits no restraint." While some might've expected numbers like "Alexander Hamilton" which include almost all the characters, something about catching up with the original actors in their rehearsal outfits makes it the perfect song as we waited for the Tonys—or for that winning lottery email to finally arrive.

Phillipa Soo is headlining the Broadway adaptation of the French film classic Amelie. The New York Times' Daily 360 has a clip from the stage of Amelie where you can ride along on a carousel as Soo belts out a song about mustering up courage or stand right next to her as she looks out her window longingly. This is a view you won't get even when you actually make is to the audience.

The live aspect of theater is an essential part of what makes it great, with each performance different and original in its own way. The culture of Broadway, waiting for rush tickets, tilting your head at partial-view seats, and waiting by the stage door might be tiring, but they also feel like initiation into a community.

However, the fact is the elements that turn theater in art, are also the ones that can only be experienced by those who have proximity to the theater, the time to travel to Broadway, and of course the funds. But just as virtual reality is opening the door to experiences mere mortals could never hope to have (driving like Mad Max or shrinking to swim inside a human cell), the technology is also allowing people to view real events that they may not be able to attend.

These campaigns from famous Broadway shows may get potential ticket takers through the door. But more importantly they also open the window for others to view something magical that they may never have a chance to experience before.

-Charline Jao last wrote about the Huawei Watch 2 for GearBrain.