More than entertaining, virtual reality is now changing how we approach mental and physical well-being

Virtual reality (VR) is quickly working its way out of the gaming space and into the medical field, with experts trying this technology in areas from counseling to child birth. Perhaps the idea of putting on a set of goggles while talking about a phobia may sound fanciful. But researchers are finding that changing what we see and hear during moments of stress may reduce anxiety and potentially pain.

These therapeutic methods aren't all available at your local clinic, just yet. But developers and medical research centers are pushing forward, finding that getting out of one's own head space may, eventually, play a key role in the healing process.

Limbix is looking to modernize visits to the psychologist's office. The system is completely wireless, and has the backing of medical institutions including Harvard University, Stanford University and Keck Medicine of USC. The elements of exposure therapy come into play when the patient puts on the goggles and is transported into an uncomfortable situation or space they're seeking to overcome. Phobias, fears, anxiety, and distress are tested — and tried — until the experience becomes less stressful over time. While Limbix is currently available for doctors to purchase, with a starting price of $2,000 this VR system is not likely to widely appear for some time. 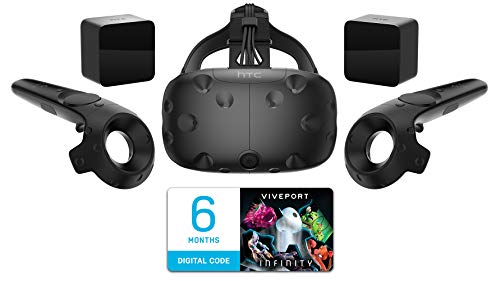 Research and studies underway at the USC Institute for Creative Technologies, are looking at where VR may augment — or even replace — traditional methods of treatment. Using game-based rehab techniques as well as "virtual humans" for training, coaching, and outreach, the MedVR Lab employs both gaming and film artists along with scientists to develop future therapies like one that taps into VR to help patients with traumatic brain injury potentially regain their balance.

Virtual reality may help women deal with excruciating labor pains in a brand new way, according to a recent study from the American Journal of Obstetrics & Gynecology. Researchers from Banner-University Medical Center Phoenix found that among a small group of women in labor, pain scores were lower among those who slipped into an alternate universe as compared to those who didn't have access to VR goggles and content. While this technology probably won't be part of most women's birthing experience any time soon, perhaps in a few years, it will be as common as the epidural.

For those undergoing MRIs, CT scans, and angiograms, stress can be substantial. Doctors and technicians may offer as much support as possible, but researchers are now testing a new way to deliver results to both patients and doctors alike through VR. At Stanford's Neurosurgical Simulation and Virtual Reality Center, more than 400 patients have been able to view scans of their own bodies in three dimensions. The VR rig can even be brought into an operating room to reassure patients about what lies ahead, while future doctors are using the technology as part of their training too.

A trip to the dentist is rarely a walk in the park. However, dentists now have an option to place VR goggles on those patients particularly stressed or scared during exams, so they can take a virtual mini vacation, while their teeth undergo a cleaning or other dental work. Guided VR is one company that creates virtual experiences tailored to different needs, including senior care, first responders, and dentist offices. The technology can help to reduce anxiety, and potentially even pain, according to research on the company's site.