Here's how ADT users can create some photographic evidence that St. Nicholas did show up on Christmas Eve

While NORAD has the Santa tracking down, ADT wanted to give parents some personal details to help them show their children that, indeed, Santa did show up while they were sleeping.

The new Santa feature went live on December 9, and is part of the ADT Control App. It drops a photo of Santa Claus into a captured image of someone's home, that's taken through their existing home security system.

To launch, all ADT customers have to do is click on a Santa button (yes, there is a Santa button) in their video feed, and from there they can pick an image of Santa and place him where they want, and also make him bigger or smaller. (We're thinking you don't want to make him too tiny. We are talking about a guy whose belly shakes like a bowl full of jelly.)

You can use any footage you want taken from both indoor or outdoor cameras — a shot of a front porch, a living room and if you've wired your cameras high enough, perhaps the roof of your home. The footage can then be sent to other people, shared on social media or through text messages too. 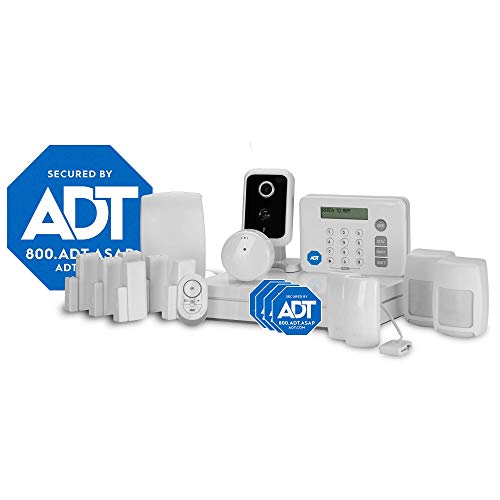 There are other sites that let families fool their kids by stitching Santa Claus into photos of their space including Capture The Magic, an iOS and Android app, which adds images of Santa (and the Easter Bunny, the Tooth Fairy and a host of other mythical creatures) into real photos for a price

Be aware, when it comes to the ADT feature, Santa is not going to be moving around in your image — this is a photograph. You're not going to be able to capture him dropping into the fireplace, grabbing a carrot for Rudolph or munching on cookies. He's static, and has his bag of toys slung over his shoulder. But the ADT security time stamp details add a nice touch to the footage.

While the authorities aren't going to be taken in that a jolly man in a red suit broke in for the evening, children of a certain age will likely love the proof. Just make sure you take some bites out of the cookies, and take a few gulps from that glass of milk.

You can check out below how the new feature works.