ADT, which acquired home security company Lifeshield in 2019, is now wrapping that brand into a new service called Blue by ADT. (Yes, the color is a nod to the former brand.) The service is DIY — a growing sector of the home security market, with customers who prefer to create or add only those devices that they want or need. There won't be any long-term contracts, but customers can shift from self-monitoring to a month to month or to 24/7 professional monitoring from ADT if they choose.

All existing Lifeshield customers will be folded into the service, and won't see a change in the way their current products work or operate, said the company.

There are four new products, which are available now for pre-order, and include three smart security cameras, and also an extender and chime combo. All four can be ordered on the Blue by ADT web site, and can be used together or on their own. They'll all start shipping at the end of January.

Features for all three of the cameras include facial recognition — so you can get an alert through IFTTT, that someone you know, such as a dog walker, has approached. You also get smart alerts with a bit of video, and the ability to connect these cameras to others through Amazon Alexa and IFTTT, with Google Assistant and Apple HomeKit coming soon.

The Blue by ADT Indoor Camera is $199, can record 1080p HD video through the Blue by ADT app, has two-way talk features, and will be able to be controlled through the Amazon Alexa voice assistant. New sensors and a keypad for the Blue by ADT line are also coming this spring, which will connect to the camera and allow it to work a security hub, said the company.

The Blue by ADT Outdoor Camera is the same price, is wireless, also has 1080p HD resolution, and is IP-65 weather rated. There's a rechargeable battery inside, and customers can store up to 128GB of memory in a local SD card.

Finally, the last of the new cameras is the Blue by ADT Doorbell Camera, also $199, lets you talk to people at the door, has a 180-degree field of view, is weather resistant and must be wired in to work.

All three let you create custom motion-detection zones, so you can widen or shrink the space the cameras sense. They also support two-way talk, and give you up to 24 hours of free video storage which can be expanded to 60-days for a monthly fee that starts at $2.99 a camera or $12.99 for unlimited cameras at one place.

The fourth new product is a $49 Blue by ADT Extender + Chime, which works on WiFi, and helps the battery life of the outdoor camera last longer, but also pushes the reach of all the cameras. There are preset chimes customers can choose to hear when someone rings through the new doorbell camera.

Additional devices, including a keypad, base unit, window, door and motion sensors will launch later this spring.

Lifeshield customers will be happy to know their existing systems will work with the new Blue by ADT Security Systems as well. 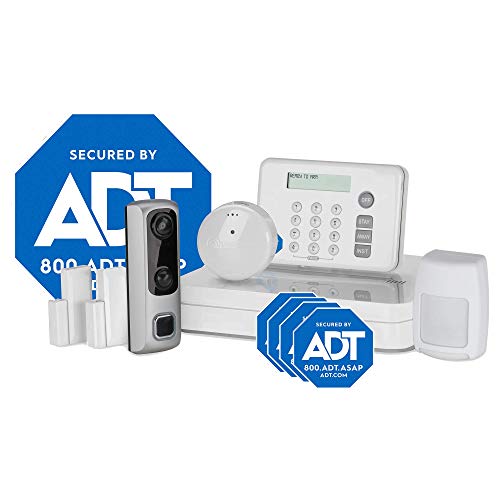