Next Tesla software update to include classic Atari video games

Version 9.0 of the Tesla operating system is expected to arrive this summer, with Elon Musk now saying the major update will roll out by the end of August.

As well as bringing the first "full self-driving features" to compatible Tesla vehicles, Musk now says the update will include a range of classic Atari video games, to be played on the huge dashboard touch screen of Tesla cars.

Musk tweeted on August 1: "Some of best classic Atari games coming as Easter eggs in Tesla V9.0 release in about 4 weeks. Thanks Atari!"

Tesla cars are well-known for their so-called Easter eggs, or gimmicks and features hidden in their software.

One switches the car's mapping app to show the surface of Mars; one replaces the Autopilot interface's plain road with the multi-colored Rainbow Road racetrack from Mario Kart. Another switches an image of the car in its suspension settings page to the Lotus Esprit submarine used by James Bond in The Spy Who Loved Me, and one puts the Tesla Model X into 'party mode', where it plays music, flashes its lights and 'dances' with its falcon-wing doors.

Some of best classic @Atari games coming as Easter eggs in Tesla V9.0 release in about 4 weeks. Thanks @Atari!
— Elon Musk (@elonmusk) August 1, 2018

In follow-up tweets, Musk said he hopes to include Atari games like Tempest, Missile Command and Pole Position. Of the latter, a car racing game from 1982, Musk said it will be "linked to actual car steering wheel (while stationary tbc [to be clear] haha)". 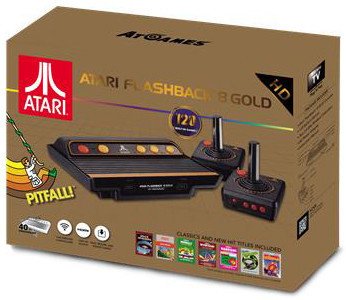 Musk said to his 22.3 million Twitter followers: "If you're into video game development, consider applying to Tesla. We want to make super fun games that integrate the center touch screen, phone and car irl [in real life.]...Looking for max playability and creativity."

Other features destined for version 9.0 include the ability to initiate software updates from the Tesla smartphone app. Currently, the cars only alert you to a software update being available when you step inside and switch them on. Because you're likely about to drive somewhere, this is usually the wrong time for a length software update. Being able to control these from the app makes a lot more sense.

As for those full self-driving features, little is known about what this could be. It will likely be tied to the $3,000 optional extra Tesla sells on top of the $5,000 Enhanced Autopilot system. Called Full Self-Driving Capability, the $3,000 extra can be added when customers order a new Tesla car, but for now it doesn't add anything beyond regular Autopilot. For now, Tesla states the extra functionality "is dependent upon extensive software validation and regulatory approval, which may vary widely by jurisdiction."