In a world of $1,000 phones with selfie-taking styluses, all we really want is a good, simple bedside clock — with Alexa

With devices like the Echo Show and Echo Spot by Amazon — and the fact most of us sleep with a smartphone at our side — you'd think the demand for an all-new smart alarm clock would be small.

Neither Apple, Samsung, nor even Sony — which is never afraid of launching the occasional niche gadget, like the $1,000 Walkman — is racing to enter the alarm clock market.

And yet, less than two days after a Reddit user posted about their ideas for a new 'smart' alarm clock, the website's community can't get enough of it. Not only are members of the Home Automation section keen to become beta testers of the device as soon as it's available, but they have posted dozens of suggestions for additional features.

The discussion began when Reddit user Casperboi posted a photograph and information about their 'smart alarm clock', which is a working prototype and in need of beta testers. Casperboi has founded a Calgary, Canada-based startup called FluidClock to get the device off the ground.

Key features of the FluidClock are its simple, personalizable face, automatic time-setting over a Wi-Fi connection, and an ability to display additional information like train times, weather forecasts and stocks, or more personal data like your YouTube subscriber stats. It also senses ambient light to switch to a night mode, and has a fully granular alarm system for setting them exactly how you want, for each day of the week.

Currently 10 prototypes of the clock are being produced by a 3D printer, with each taking 20 hours to print.

None of this is particularly groundbreaking (although showing data like YouTube subscribers is interesting), and is mostly offered by other solutions like smart speakers, or a smartphone left by the bed.

Nonetheless, the Reddit community's interest was quickly piqued. Early responders warned against 'feature creep' — where too many features are added to a device, diluting its original purpose - and suggested low-tech ideas like a physical numerical keypad for setting the alarm time. "[It would be] so cool to just press what time you want to get up," enthused Cliffotn.

Are we finally getting sick of touch screen tech? Some Redditors certainly are.

More praise arrived so after:

Soon, suggestions on how to make the alarm clock better began to arrive. One user requested over-the-air software updates because "you will miss something, find some bug, or have a feature you want to add." 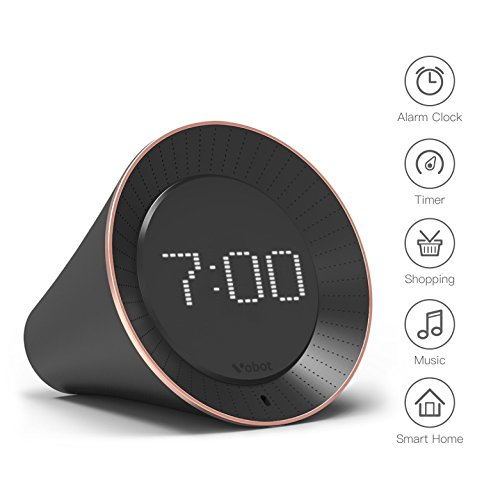 Other useful ideas included a battery back-up to make sure the clock still works in an outage, user profiles so one person's alarms can be easily switched off when they are away from home, gradual wake-up routines with music streaming, and access via the web, not just a smartphone app.

An interesting feature suggestion came from Rebelrexx858, who asked for an ability to "set future vacation dates, so you don't have to turn off every alarm." We think that's pretty smart.

Some asked for open software to tinker with, while others just wanted it to "be INCREDIBLY LOUD when an alarm goes off." Almost every reply said they had signed up to try out the 10 beta prototypes.

Then, for a moment, the dreaded feature creep began to set in. One person said: "I would definitely be interested in one of these, but it would be an immediate purchase if it included either Google Assistant or Alexa (ideally both)."

Suddenly, the simple alarm clock with its dot-matrix interface and really loud alarms became a smart speaker with personal assistant baked in. Another person asked for IFTTT (If This, Then That) and Apple HomeKit support, too, so the alarm can trigger other smart devices in the home.

Next came a promise of Spotify from the creator, then suggestions for Philips Hue integration to have lights turn up gradually in time with the alarm. Again, this is something which is already possible with other devices, but the appeal of adding a few carefully selected smart features to an inherently dumb device seemingly carries more appeal than an all-singing, all-dancing smart speaker or Google Smart Display. 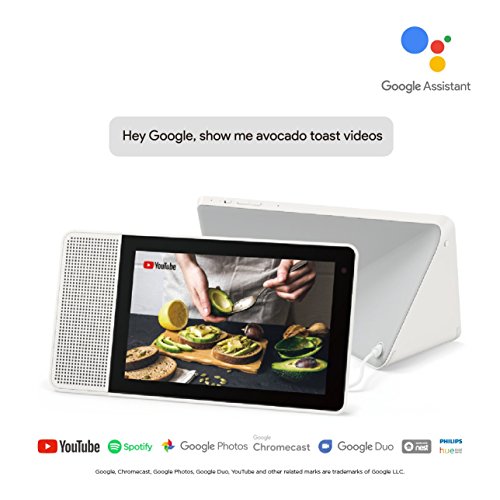 Smarter devices were ignored by commenters who ranked a highly dimmable display above more advanced features. "Brightness to me matters a lot," one person said. Another added: "I do not want any device in my sleeping room light up the room. It I want to see the time in the middle of the night, it should be barely visible and throwing almost no ambient light."

On a similar note, calls for replacing the dot-matrix lighting with a regular display were dismissed due to the potential for too much light being produced. It was becoming clear that what people really want from a smart alarm clock is a dumb, dim and simple exterior with a sensible spattering of smarts on the insides. Not an Amazon Echo Spot, with its video calls and TV streaming.

All this leads us to wonder, perhaps tech companies wowing us with features on top of features have got it all wrong?

One of the first replies to this project was about alarm clocks specifically, but could just as easily reflect consumer opinion on technology as a whole. Reddit user Cliffotn said: "There are tons of clocks out there with a trillion features. But none with the simple features that I'm looking for."

Yes, this is just a relatively small discussion about an alarm clock on Reddit. But in a world where the headline feature of Samsung's latest $1,000 smartphone is the ability to take photos with its stylus, this humble clock could serve as a wake-up call - in more ways than one. If this small but fascinating sample is anything to go by, what consumers want from their devices is simplicity and affordability (the clock is expected to cost $99), with just the right amount of smarts baked in — nothing more, nothing less.

Check out The GearBrain, our smart home compatibility checker to see the other compatible products that work with Amazon Alexa, Google Home and Home Mini devices.