Here's how to make your own, step-by-step

Do you run a small bed and breakfast and want to make it easy for prospective customers to take a virtual tour of your facility? Or create a virtual walking tour of your college campus or downtown historic district? And maybe you don't want to spend any money, or sign up for any platform, or learn 3D development and design tools. Google's Tour Creator has made it very simple to make VR tours at home.

When I last wrote about how to create virtual tours, a year ago, people had three basic options. They could post their 360-degree photos online — on Facebook, say, or their own website — then share links to each one individually. Or they could use virtual tour creation software such as that from Panotour, Pano2VR, EasyPano, 3DVista, VPix, Roundme and TheViewer.

It was doable, but not easy.

Now, Google has released its own take on virtual tours, Google's Tour Creator, and it's completely free, ridiculously easy to use, and works on all platforms — regular web browsers, all mobile phones and tablets and any of the major virtual reality headsets as long as they can open a web page.

You start with collecting some 360-degree content. That could be photos that you take with your own phone or 360-degree camera or find online. Or — and this is the cool part — any Google Street View location.

For example, here is a 360-degree Google Street View image of the Quabbin Reservoir in Western Massachusetts, where I live.

If you don't have a 360-degree camera and want an image that's not in Google Street View, and you can't find one with the license terms you need online, Google also has a free app that lets you take 360-degree photos with just your regular phone, called Cardboard Camera, available for both Android and iPhones.

It took me just a couple of minutes to put together a virtual tour of my house, using a Google Street View image and some 360-degree photos.

Click on the "Add scene" button, and either look for a Google Maps location or click on the "Upload" button to use your own photo.

However, I wasn't able to use a 360-degree video I had filmed earlier of the chickens in my back yard. The tool doesn't support video content yet. It would be nice if, at some point, Google would support video content in their tours, as well, though I can see how this would add navigation challenges for users.

One feature I did appreciate was one called "Points of Interest." You just click the button to add one, select its location, and type its label and description. This would be useful for, say, adding descriptions to museum exhibits. Or if you're doing a virtual tour of your hotel, a swimming pool could be a point of interest, and the pop-up info tab could tell visitors what hours the pool is open.

If your visitor doesn't have a VR headset, they can view it the same way they view any 360-degree photo, by using the mouse or touchscreen to look around, or by moving their mobile device in the direction they want to look.

If they do have a VR headset, and they're using a browser that supports VR, then clicking on the VR headset icon will switch them to side-by-side VR view, and they can then put on their headset and look around from inside the scene.

There are also VR-friendly navigation options, so you can go on to the next scene without taking off the headset. I personally found it awkward to use, since my controller wouldn't pair correctly. As the VR interface improves and gets more intuitive, that problem should go away.

You can pull up a finished tour on a headset for clients.GearBrain

In practice, however, if you want customers to view your tour in virtual reality, your best bet is to set them up with a headset in person. For example, if you're a real estate broker or travel agent, and you customer is in your office, you could pull up the tour on your own headset, where it's already queued up and the controllers properly paired with the device.

So far, the bulk of the tours that have been shared publicly on the platform are for real estate properties and travel destinations.

One early adopter is Moinian Group, a real estate company based in New York City.

"We're always looking for easy ways for people to explore our offerings. Tour Creator has given us the ability to virtually allow an individual to immerse themselves in our spaces without physically seeing it," said Michael Mignosi, the company's Director of Marketing, in Google's announcement of the new tool. 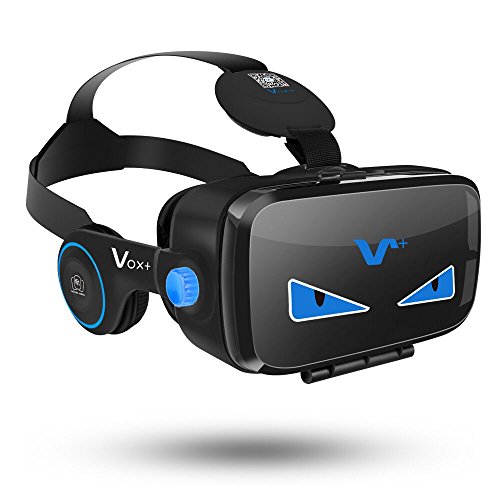