Motorized window blinds which raise and lower with a push of a button - or automatically at a certain time - may sound like the stuff of luxury hotels and multi-million dollar mansions. But it doesn't have to be like this.

Just a couple of years ago, motorized blinds were expensive to install, and with few options available to even the most well-heeled property owners looking for their next smart device. But there are a now a range of more affordable alternatives.

Some fit to the wall next to your window, then use a motor to pull on the blind cord, raising or lowering as you see fit. Then there is Ikea, which will enter the smart bling industry in August this year, after a short delay.

Below are some of the most popular options available to property owners today.

Serena smart shade by Lutron offer a complete online service for ordering bespoke motorized blinds for your home. You can pick the shade style, fabric and size, types of remote control - everything. You can also order a range of swatches for free to see how the materials look and feel before going ahead with your purchase.

These blinds can be controlled via the Lutron smartphone app, or Apple HomeKit (including speaking to Siri and using the Apple Watch app). They can also be raised or lowered by speaking to the Google Assistant and Amazon Alexa, or via the Samsung SmartThings and Wink 2 hubs.

The blinds also tap into the Nest ecosystem, automatically raising when smoke or CO2 is detected by the Nest Protect alarm, and there is support for IFTTT (If This, That That) for further smart home automation.

Pell Insynctive blinds are fitted between the glass of your windows

Pella is a high-end solution which fits a motorized blind between the two panes of glass in each of your windows. These can be controlled via a companion smartphone app, but out of the box there is no further smart home integration - so you can't use Alexa, Google Assistant, Apple HomeKit or IFTTT to control the blinds.

Instead, you can buy the Pella Bridge, which includes Z-Wave and means the blinds can be controlled by the Wink 2 smart home hub and other Z-Wave systems.

There are also Pella Insynctive products including a garage door, bolt lock, door and window sensors that round out its smart home system. Pella also appeals to the smart energy home owner: Its Designer Series wireless aluminum blinds, along with its cellular shades, are battery-powered, and can be recharged by a thin horizontal solar panel.

Ikea smart blinds will be on sale in August 2019

Ikea had planned to launch its first smart motorized blinds, called Kadrilj and Fyrtur, in April this year. But, as of April 2019, they have been delayed until August so that Ike can spend more time working on the software used to control the blinds.

These battery-powered blinds will connect to Ikea's Tradfri hub, which is used to control the company's Zigbee smart light bulbs. This means the blinds should offer Alexa, Google Assistant and Apple HomeKit (and Siri) control.

As ever with Ikea, the selling points of these blinds will likely be their simplicity, a design which fits in almost everywhere, and their price. On that final note, they are expected to start at around $110 per window.

Somfy produces a wide range of motorized blinds, awnings and shutters for inside and out

Somfy is a big name when it comes to the motors which power blinds, as well as outdoor awnings and shutters, plus an increasing range of smart home devices - like flood lights, cameras and alarm systems.

Inside the home, Somfy produces smart, motorized systems for window shades, curtains and projector screens. These can all be controlled via the Somfy smartphone app.

When connected to the myLink bridge, Somfy's motors can be controlled via Amazon Alexa, Google Assistant, and IFTTT, making it easy to add them to your existing smart home automation systems.

A simpler (and potentially cheaper) option for making your blinds smart is to install a motor.

This example by Soma is the result of a successful Indiegogo crowdfunding campaign. The company claims the $149 device can operate all ball chain shades, and the companion iOS and Android smartphone app can be used to set schedules for up to 10 windows.

Soma also sells a kit of two motors and two solar panels for $238.

Control via Alexa and Apple HomeKit is also possible, but this requires the $99 Soma Connect hub, which is powered by USB and connects to your router.

At $249 per window, the Axis Gear is not a cheap option for bringing automation to your existing blinds

Axis Gear costs $249 per blind motor and works in a similar way to the Soma. Once installed, the Gear rotates to pull on the cord or chain, raising and lowering your window blind.

The company says the device is "guaranteed" to lift any blind weighing up to 10 lbs, or your money back. Just like the Soma, it can run on solar power, but there is also the option to install 12 AA batteries as a backup for when solar power isn't enough to refill the battery.

There's a control button on the device itself, plus an iOS and Android smartphone app for scheduling your blinds, organizing them into groups, and controlling several at once.

Gear uses the ZigBee standard to connect to a Samsung SmartThings hub, and from there it can be configured to work with voice commands issued to Alexa and Google Assistant.

Finally, another retro-fit motor option is the Move by Teptron. Currently priced at $49 (half price), the Move represents very good value for money compared to some other options, and can be controlled via a smartphone app for iOS and Android.

The motor is powered by rechargeable batteries or a micro USB cable connected to a wall outlet. Unfortunately, beyond the company's own app there is no other way to control the Move - so Alexa, Google Assistant, HomeKit and IFTTT are all off limits for now. Bur at this price, budget-conscious readers may still be interested in fitting the Move to their blinds.

Best Motorized Blinds for Your Smart Home in 2019 www.youtube.com 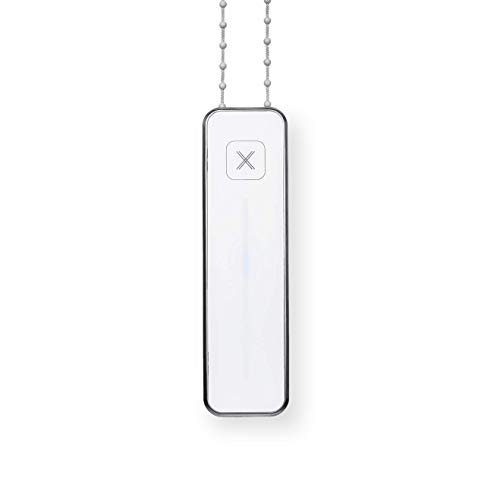