In what it claims to be a world-first, Chinese smartphone maker Huawei has used the camera, artificial intelligence and processing power of its Mate 10 Pro smartphone to drive a car.

Not only that, but the phone was taught how to recognize objects in the road ahead and take appropriate action to avoid them.

For example, Huawei says the system understands the difference between a cat and a dog, or a ball and a bicycle, and knows how to avoid them accordingly.

The company says other self-driving systems also see the world around them, but do not necessarily understand what they are looking at.

Huawei used a modified Porsche Panamera for its experiment, and while there was someone sat in the front passenger seat, no one was in the driver's seat when the test was carried out. The firm claims the phone was taught everything it needed to perform the avoidance manoeuvre in five weeks.

GearBrain has contacted Huawei to ask about the authenticity of the video and if the driverless car really was trusted to avoid an unattended dog.

"Unlike other driverless cars, which simply detect obstacles, Huawei has transformed a Porsche Panamera into a driverless vehicle that doesn't just see, but crucially, understands its surroundings," Huawei. "This means that it can distinguish between 1,000s of different objects including a cat and a dog, a ball or a bike and learn to take the most appropriate course of action."

Huawei added that the project, called RoadRunner, "is taking advantage of the AI capabilities already in the Huawei Mate 10 Pro. The device uses AI to automatically recognize objects like cats, dogs, food, and other objects, to help people take pictures like a pro."

Andrew Garrihy, chief marketing officer for Huawei Western Europe, said: "Our smartphone is already outstanding at object recognition. We wanted to see if in a short space of time we could teach it to not only drive a car, but to use its AI capabilities to see certain objects, and be taught to avoid them."

Huawei's RoadRunner car will be shown off during the Mobile World Congress technology show in Barcelona on 26 and 27 February. 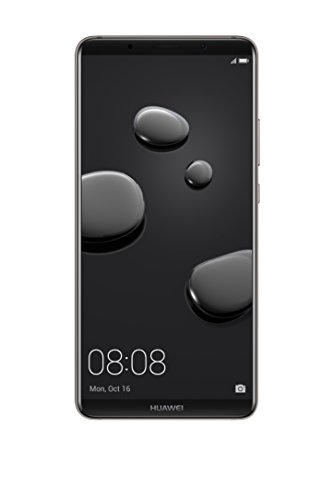