Sengled smart light bulbs are a bit of a twist on the lights on, lights off scenario. Sure the company makes light bulbs that can illuminate a space — and controlled through your smartphone. But Sengled's stretching what a smart light bulb can do — adding motion sensing and more brightness to its Element line.

Smart light bulbs are some of the easiest devices you can buy and install in a home. They can be installed fairly simply into a lamp or lighting fixture, and then in the case of Sengled, run through a smartphone app. Sengled works with a number of third-party systems and brands including Wink, Iris, Xfinity, IFTTT as well as two smart assistants, Google Assistant and Amazon Alexa.

Sengled's two new bulbs, the color BR30 and the PAR38, both priced at $29.99, are the latest adds to its Element line, the company's flagship which launched about a year and a half ago. The lighting platform runs on Zigbee — which means the bulbs communicate through a central hub and then to Sengled's Home app, which lets you control the range of colors, brightness and other details.

Lights that do more than illuminate

The Par38 is an outdoor floodlight, which has a motion sensor built inside. The bulb can be programmed through the app to go off when it senses movement — but can have extra actions added as well. For example, you can have the living room lights turn on if the PAR38 detects something moving late at night. The features are all part of Sengled's idea that lighting should not be limited to just one function.

The Color Plus BR30 bulb is made for homes with high ceilings, able to ensure light expands across an entire space. The bulb produces 16 million colors, thousands of whites, plus delivers 950 lumens which produces a much brighter light.

Sengled is launching two Wi-Fi LED bulbs too, both of which will also work through the Home app. Connecting through Wi-Fi means the LED bulbs won't need a hub to work, and they're also priced at just $20 each. A new Element smart plug is coming as well, which will turn other devices like coffee makers into connected gadgets, and let you operate them from the Sengled Home app.

All of the new products, the Color Plus BR30 and the outdoor PAR38 bulbs, the smart plug and two new Wi-Fi LED bulbs will all be available starting in October. 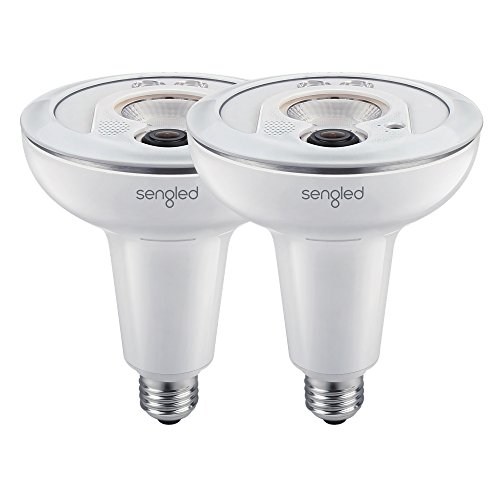