Review: Nuu G3 is a $200 smartphone that’s affordable but lacks in key areas

Can a $200 smartphone run with the bigger brands?

The Nuu G3 is one of the first mass-market Chinese smartphones to be widely available in the United States. At first glance, its overall look, with its large screen, seems reminiscent of the Samsung Galaxy S8. That said, at $200, the Nuu G3 is selling at a quarter of the price. The phone has 64GB of storage, 4GB of RAM (more than the iPhone X), and utilizes Android's Nougat operating system. On top of this, the Nuu G3 boasts a 10-hour battery life. 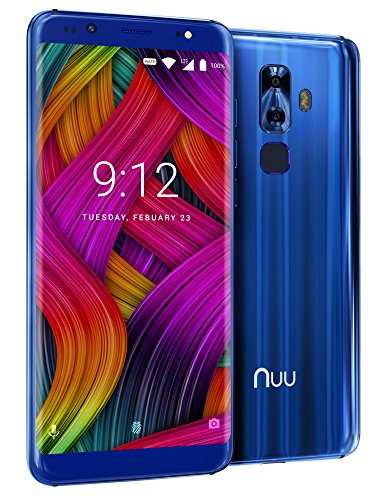 When comparing the specs along with the price, this phone looks at first to be a no-brainer for shoppers on a budget. That said, most people buy their phones at a discounted rate with their service providers, sometimes even getting phones for free. With this in mind, we wanted to turn a more critical eye on the device and see how the Nuu G3 stacks up against the competition.

From a design standpoint, the phone does everything it needs to do. The gel backplate combined with the phone's size (big, but not too big) allows the Nuu G3 to sit comfortably in the user's hand. The back fingerprint scanner, allowing for extra security, and a dual camera are both similar to that of most smartphones on the market.

The folks at Nuu decided to follow Apple's lead and didn't add a headphone jack to their device, and the only way to listen to music privately is to attach a dongle to the phone's charger port. That's unfortunate. The charger port itself is also a bit strange, and at first, it seems as though the phone's charger doesn't fit the device. As for the front of the phone, the bright LED screen takes up the majority of the space, providing a clear and crisp view of the home screen.

Since this is a smartphone, the performance aspect is obviously much more important than the phone's aesthetics. Right from the start, I had problems connecting to Wi-Fi and it took me several attempts to get the phone to start working. After fiddling with the phone for a bit, I managed to get it started and was excited to see the entire Google Suite included on the phone's dashboard. Once I started checking out the apps, I noticed that the Nuu G3 is a little bit slower than its competition, and there was a little lag while using Gmail and Google Search. Considering the price though, this felt like a survivable issue.

One area in which the Nuu G3 really suffers is its camera. There isn't anyway to put this nicely. When comparing the Nuu G3 to the iPhone 8 or the Samsung Galaxy S9, it doesn't hold up. The pictures come out blurry and frankly, just look bad. On top of this, the phone doesn't do well with streaming video, and when trying to watch things on YouTube in full screen, there's a similar blurriness. If the Nuu G3 doesn't render video properly, its fantastic screen is just for show.

To make matters worse, Android already has an operating system, called Oreo, that's more advanced than the Nougat system the Nuu G3 runs on. This means that the Nuu G3 has been obsolete since its release, nor has the company reportedly confirmed the smartphone would.

The Nuu G3 looks from the outside like the Samsung Galaxy S8, the inside is different.GearBrain

Whether or not the Nuu G3 is considered a good phone is entirely dependent on how one uses it. If one were after a device that has all the flash of a Samsung Galaxy, they'd be sorely disappointed. But, if one were looking for a cheap, functional phone, that they can use to access the internet, the Nuu G3 isn't a bad choice. The device does everything a smartphone is supposed to do, and for $200 dollars it's tough to expect much more. Some flip phones cost that much. Overall, even though it doesn't have the bells and whistles of its competition, the Nuu G3 delivers on its promise of being an affordable smartphone.