10 things to expect from the Samsung Galaxy S10

Samsung is holding one of its Unpacked product launches at simultaneous events in San Francisco and London tomorrow, February 20.

We know with certainty that Samsung will reveal its latest flagship Android smartphone, the Galaxy S10. In fact, three versions are expected to grace the stage at each event, and there may even be time to see the company's new folding smartphone, too.

The event is taking place slightly earlier than normal. Samsung usually reveals its new Galaxy S on the eve of Mobile World Congress, the annual smartphone show which this year starts on February 25. With LG revealing new phones of its own on the 24th, in Samsung's usual slot, it's interesting to see Samsung beat LG to the punch.

As ever, the leaks have been prolific. We first heard about the Galaxy S10 back in July last year, and just days before the big reveal a comprehensive hands-on video surfaced online, before being deleted.

Here are 10 things to expect from the Galaxy S10:

It will be revealed on February 20

This, of course, we know. Previous years have seen Samsung issue a cryptic invitation to the press, but for its first Unpacked event of 2019 we received an invitation with a huge '10' plastered all over it.

Not only that, but Samsung's own website allows fans to pre-order 'the brand new Samsung Galaxy' right now.

The simultaneous events in San Francisco and London kick off at 11am PST, which is 1pm EST and 7pm in the UK. We expect the event to last for around an hour, and there should be time to get hands-on with the new phone right after.

There will be (at least) three versions

Samsung usually releases two versions of its Galaxy S smartphones, one larger than the other. But for 2019 it is looking increasingly likely that there will be at least three models of S10. This will include the usual S10 and larger S10+, but also a smaller and cheaper model, expected to be called the S10E. 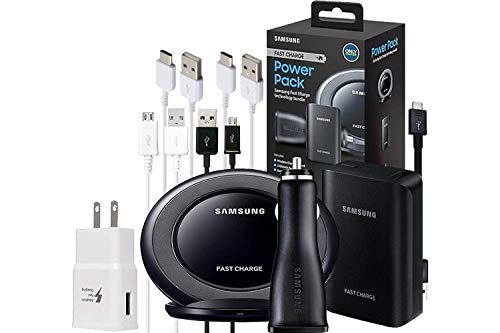 We don't know for sure if the S10E will be sold in all markets, but it's an interesting move from Samsung and likely one designed to counter Apple's iPhone XR, which hits a lower price point than the XS.

There are also claims that Samsung will introduce a 5G version of the Galaxy S10 later in the year, potentially called the Galaxy X. But for now, the S10 is not expected to get 5G - unlike LG's V50, which will be launched on February 24.

The Galaxy S10 has an in-display fingerprint reader

One of the few negatives about the last few Galaxy S phones has been their fingerprint sensor. Located on the rear, it was awkward to reach and easy to confuse with the camera and flash.

To fix this, Samsung will place the S10's fingerprint reader under the glass front, like on the OnePlus 6T. This puts the reader in a far more convenient place, but does so without the need for a button or sensor on the 'chin' on the phone. Samsung is said to be using ultrasound technology to make the reader work, unlike any other manufacturer. This should make for speedy and accurate unlocking.

There are three cameras on the back

Revealed by a Samsung TV advert accidentally broadcast on Norwegian television this week, embedded below, the Galaxy S10 will have three cameras on its back - one more than its predecessor.

The resolutions of the three camera sensors are said to be 12MP, 16MP and 13MP. It isn't yet known exactly what function each lens will perform, but you can be sure to see improvements on the S9, especially when it comes to blurred-background portrait photography - something the Google Pixel 3 excels at, but with software instead of sensors.

It looks like the S10E will only get two cameras on the back, while the S10 and S10+ will have three.

The display has a new 'hole-punch' design

Following a trend set to be popular in 2019, all models of Galaxy S10 will feature a so-called 'hole-punch' display. This means the front-facing camera sits in a file stamped through the display, instead of being fitted above the screen, or in a notch like that used by the iPhone X series. 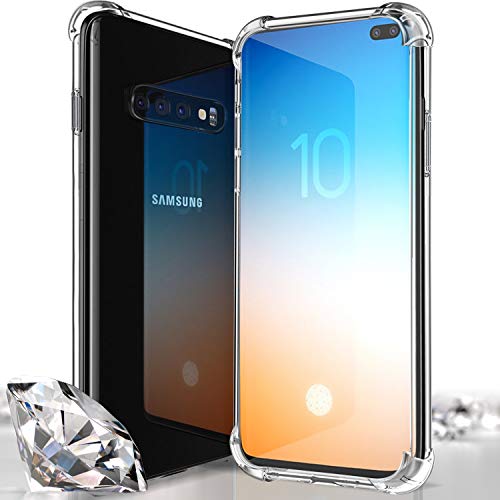 Only the largest Galaxy S10+ has two cameras on the front

The Galaxy S10 and S10E will each have a single front camera, while the S10+ will get two, sat right next to each other in a slightly wider hole. We suspect this second lens will help the phone take wide-angle selfies - just as the Google Pixel 3 does with its own dual-lens selfie setup.

Truth be told, we're a little disappointed to see some features held back for the biggest, most expensive model. Plenty of consumers want a smartphone with a smaller display, yet also want the best features. Surely the second tiny front camera could fit in the regular S10, leading us to believe Samsung has excluded it as a way to up-sell buyers to the pricier model.

A trick borrowed from the Huawei Mate 20 Pro, the Samsung Galaxy S10 can not only be charged wirelessly, but can also charge other devices without cables. All you have to do is hold a phone against its back, and it'll charge.

This will be particularly useful with Samsung's new Galaxy Buds, a pair of wireless earphones which will be announced alongside the Galaxy S10. The TV ad accidentally shown in Norway this week offers a glimpse of how the case of the Buds charges when placed on the back of the phone. It's a pretty smart solution, and something Apple doesn't yet offer with the iPhone and AirPods.

Screen sizes will range from 5.8 inches to 6.7 inches

The entry-level Galaxy S10E is expected to have a screen size of 5.8 inches, exactly the same as the Galaxy S9 from last year. The Galaxy S10 will stretch this to 6.2 inches, but with an increased screen-to-body ratio thanks to the lack of a camera above the display, the overall size of the phone should be about the same as the S9.

The cheaper S10E has just two rear cameras instead of threeWinFuture

There's a premium version with a ceramic back

We're not sure if this model will launch tomorrow or be available in all markets, but the rumor mill claims there will be a premium version of the S10 with a back made from ceramic. This choice of material would make the phone almost completely scratch resistant, as ceramic can only be scratched by diamond and sapphire - the latter used to protect camera lenses and luxury watches.

Not only will the ceramic S10 be tougher than its stablemates, but it is also expected to be even bigger than the S10+, with a 6.7-inch display. It is also said, by the often well-informed SamMobile, that the ceramic S10 will have four rear cameras, two front cameras, and 5G support.

This final stat makes us believe the phone won't arrive until later in the year, when 5G networks become available to consumers.

It will be expensive

This one almost goes without saying, but the Galaxy S10 will be an expensive smartphone. The prolific and notoriously accurate smartphone leaker Evan Blass posted an image to Twitter on February 17, claiming the flagship S10+, with a huge 1TB of storage and 12GB of RAM (an equally enormous figure), will cost 10,000 Chinese Yen, which is roughly $1,500.

All will be revealed - along with a range of new Samsung wearables and those Galaxy Buds - at the Unpacked launch tomorrow. GearBrain will be attending the London event, so stay tuned for our first impressions later in the day.