Like Alexa, but with four legs and a wagging tail

Remember when robot dogs were briefly popular in the late-90s? Most cost less than $100 and were little more than children's toys, but then Sony inexplicably revealed the $2,500 Aibo.

Now, a new Aibo is in development — but this time the robotic dog will controls your smart home gadgets like a four-legged Amazon Echo, or Google Home with a wagging tail.

Eleven years after Aibo fell victim to budget cuts at Sony — and perhaps the realization that expensive robot dogs were quite niche — the robodog is back. Sony has reunited engineers who worked on the original Aibo to create a new version with a target release date of spring 2018, according to a report by Nikkei Asian Review.

While still "frollicking" like a real dog, the report claims, the new Aibo will also use artificial intelligence to understand its owner's voice commands and interact with smart home gadgets and appliances.

The dog will work in a similar way to Google Home and Amazon Echo, which can control lights, doors locks, thermostats, music and more through a home's WI-Fi network just by speaking to the device. Only where these are primarily speakers, Sony's product will look and act like a dog.

Sony will reportedly make the Aibo's software open source, so that anyone can develop applications for it and add new features.

GearBrain has contacted Sony for a comment and will update this story when we get a reply.

On sale between 1999 and 2006, the original Aibo was regarded as being far ahead of its time compared to other consumer-grade robotics and AI. The dog could see, hear and feel, and react accordingly — and had a range of sensors, including heat, touch, infrared and an accelerometer.

As a gimmick, or for children, the Aibo's aim was certainly as a fun object. But without the smartphones, Wi-Fi and networked gadgets we have today, the dog had little purpose. Still, entire forums launched around the Aibo — with posts numbering in the tens of thousands — around topics including fried headboards and diagnostics.

Capitalizing on the huge advances in artificial intelligence made since those early years, Sony could create a new Aibo with all the intelligence of Alexa, Siri and Google Assistant. But when the Echo Dot and new Google Home Mini cost just $50, we're not quite sure how a robotic dog, which will no doubt be expensive, can become a commercial success.

The report claims Sony "hopes to elevate its new robot business beyond that of merely controlling household electronics. It will determine what technology should be pursued as it refines its robot dog."

Will adding movement to today's smart speakers and AI assistants make them more useful? Could AI be taught to tidy up, or even just switch a Roomba robotic vacuum cleaner on by pressing its power button? Possibly not, but we can't wait to see it try. 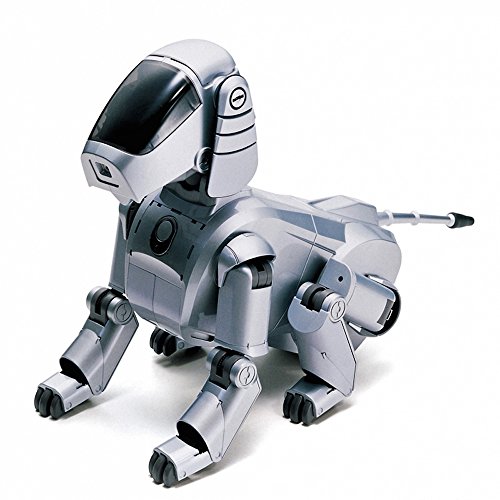