Review of Kids Court: Can this Alexa Skill mediate your kids' arguments?

Alexa, Amazon's A.I. bot has a new skill that rules on the squabbles between your kids. You know the kind: one complains that the other stole their toy, touched them in the back seat of the car or ate the head of their chocolate bunny. Called Kids Court, the app is designed as a game — but one that gives voice to all sides of a conflict.

Parents often don't have the time to fully listen to the complaints of their children. But Pretzel Labs, the maker of this Alexa Skill, imagined Alexa could be used as a mediator, letting kids air their feelings in front of Judge Lexy — the A.I. jurist who holds court over any conflicts. 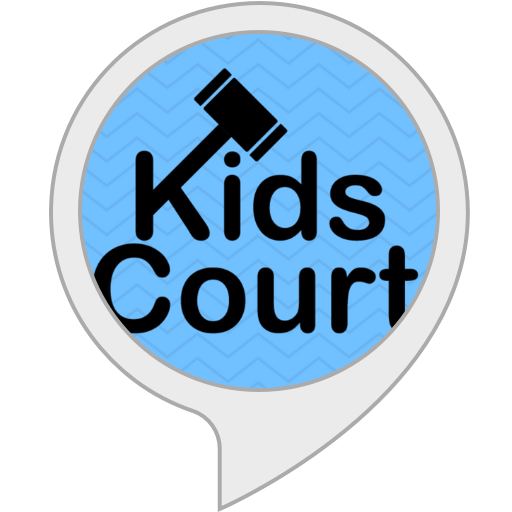 What is a prosecutor?

This skill starts with a bugle call — the kind used to corral horses to the race track. Then, through an Amazon Echo or device with Alexa baked-inside, Judge Lexy demands statements from the prosecution, the defendant, and any witnesses. Kids learn a little about the judicial system while using the skill, which answers some questions about the process as you move through. It seems a bit mysterious how Judge Lexy decides what to ask, and then determines guilt or innocence. But this isn't the U.S. Supreme Court — remember it's meant to be silly and fun.

Not all Alexa Skills are equally well made, but we found Kids Court quite robust. The bot listens for many keywords or phrases, which influences the next action and the way Lexy will rule in the case. Obviously, Lexy can't understand and interpret all that is said, but she does pick up on a lot. And her guilty rulings have very silly sentences, which will hopefully get everyone laughing, even the guilty defendant.

Though this skill is essentially a game, with no critical judgement about how to solve a squabble equitably, it is strangely effective. Kids Court is even a finalist for the Alexa Skills Challenge: Kids. With this skill, kids not only practice articulating their position, but also how to patiently listen. The skill even coaches children on learning how to let go of conflict. And with the punishments Judge Lexy doles out on the silly-side, everyone wins.

Mediate arguments with your spouse

As an added side bonus of this skill, you can air out some long-held grievances with your spouse — but in a fun way that also mirrors positive conflict resolution for children. (You might also relieve some tension — which is always a plus.)

Kids Court has earned very few reviews, but what's there is mostly positive reviews, and, as of this writing, has resolved more than 7,000 disputes. Well, Judge Lexy has ruled on these disputes — no word on whether those punishments actually helped anyone feel they got a fair outcome or not.

In its claims, Pretzel Labs says it wants to get children off of screens and interacting more in the world. It is a bit ironic that this way of getting them away from technology uses complex A.I. voice recognition. And yet, in our opinion, Kids Court seems to work pretty well. Will it transfer that attention from screens, getting them to interact with bots instead of their peers? At least with Kids Court, the skill fosters interaction and emotional processing of real-world conflicts. This seems to be a step in the right direction, and — to us — a great use of A.I. in the real world.

Pros: Fun, easy to use , responsive, and teaches children the idea of conflict resolution.

Cons: A.I. doesn't understand every word, cuts tension but doesn't really resolve problems, and there are few reviews on the skill.

Kids Court
New From: $0.00in Stock
From Your Site Articles
Related Articles Around the Web
kids courtalexaalexa skillsamazon echochildrenparentingresolving argument
Like GearBrain on Facebook
Julia Tell
The Conversation (0)