In a move described by analysts as "potentially huge", this week Apple quietly became a member of The Thread Group, a collection of companies who are jointly working towards improving mesh networks.

While that may not sound exciting, it could be the first step of something much bigger for the smart home industry. Mesh networks are used by smart home devices like light bulbs, thermostats and locks to talk to each other and receive commands from a central hub or smart speaker, like Apple's own HomePod.

But, with various hubs and smart speakers, plus secondary hubs used by individual systems like Philips Hue — and not to mention wireless technologies like Wi-Fi, Z-Wave and ZigBee - the smart home ecosystem is confusing.

Thread describes its new mesh network as "designed to securely and reliably connect hundreds of products around the home - without blowing through battery life."

BIG NEWS: Apple has joined @TheThreadGroup. Today they joined the list of members at "Sponser BoD" level. They don't appear in the list of BoD members, so maybe that hasn't been updated yet. This is potentially huge for Thread, esp if added to HomeKit. https://t.co/07Nv1YHexI
— Lee Ratliff (@LeeRatliff) August 6, 2018

IHS Markit analyst and Internet of Things (IoT) specialist Lee Ratliff tweeted about the news of Apple becoming a member of The Thread Group. He said: "Big news...This is potentially huge for Thread, especially if added to HomeKit...This might also indicate that Apple is renewing or increasing its effort on HomeKit, which many feel has been neglected since its announcement in 2014." 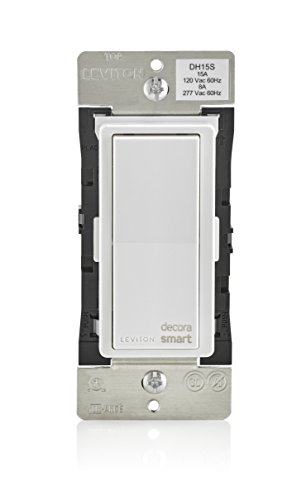 HomeKit is Apple's system for helping smart home devices talk to each other and be controlled by an Apple device, like an iPhone, iPad, Watch or Apple TV. But the system, which is controlled through Siri and the Home iOS app, has fallen behind both the Amazon Alexa and Google Home ecosystems.

The Thread Group already counts Google and Nest as members, along with Amazon Lab126, the retail giant's R&D center responsible for its Kindle, Fire TV and Echo products. Other technology and smart home companies who are members of Thread include ASUS, D-Link, Ikea, Intel, LG, Lutron, Samsung, Tado, Velux and Yale.

Noting that Apple, Amazon and Google are now all members of Thread, Ratliff added: "All three major smart home ecosystems are active with Thread. We might be seeing the beginning of a convergence here."

It's unclear exactly what Apple's motives are, but this is undoubtedly a positive sign that the company is keen to explore new options with its smart home efforts, which for now have been somewhat lacklustre in the face of mounting competition.

Check out The GearBrain, our smart home compatibility checker to see the other compatible products that work with Amazon Alexa and Google Assistant enabled devices as well as Samsung SmartThings, Lutron, Philips Hue and more.