Fitbit launches a subscription service to compete against Apple and Samsung

With the new Fitbit Versa 2, Fitbit tries to bring itself up to speed — and out of third place in the smartwatch category

Fitbit has moved firmly into the fitness subscription field, going up against its competitors by adding monthly features — and the fees with them — to its newest launch, the Fitbit Versa 2 and the Fitbit Premium service.

The device will be a fitness device and smartwatch, priced at $199.95, but will also connects to Amazon Alexa and track sleeping patterns among other features. 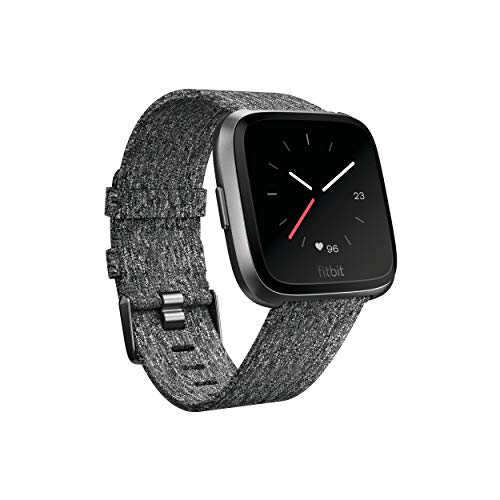 The newest add, however, is the monthly subscription service, priced at $9.99 a month or $79.99 a year, and with which comes nine different fitness programs, with many focused on personalized health such as getting more sleep or how to drop sugar from your diet. The company also says it's added personal coaching in 2020.

The Apple Watch is still the leader in the smartwatch space, ahead of Samsung and Fitbit GearBrain

If this sounds familiar, that's because a number of exercising apps and devices have offered personalized workouts for a fee, in some cases for years. Strava, for example, is a monthly app that users can join for free, and works on both the Apple Watch and Fibit devices among others, and also has premium services, called Packs, which start at $2 a month and can include workout analysis and training plans.

Vi, another example, is a wearable Bluetooth-connected headset, launched in 2017 offering personalized fitness workouts, voice control and targeted goals including reducing stress or boosting fitness. Vi also comes with 12 months of free service, which after that kicks in at $9.99 a month, like Fitbit's new program.

Fitbit is in third place behind Apple and Samsung in the global smartwatch category according to an August report from Strategy Analytics. The device maker has in fact slipped, noted the report, dropping from 15 percent of the global market in the second quarter of 2018, to 10 percent for the second quarter of 2019. Apple grew 50 percent, in comparison, for the same period — with Samsung more than doubling its share.

Vi, a personalized fitness program, launched in 2017 and works through headphonesVi

The new Fitbit Versa 2 borrows from the Apple Watch by adding a smart assistant to its round of features. While Apple Watch users can tap Siri for help with sending messages and running their day, Versa 2 users will be able to use Amazon Alexa — but some features, like sending text messages, will only work for those who have Android phones.

The Versa 2 itself will be available starting on September 15, 2019 The coaching tool, where people can actually talk to a trainer, won't be available until sometime in 2020.