Swann claims to be the first wired security camera company that works with Google Assistant. More companies, however, are eager to bring voice control to their home gadgets, from Vivint to Philips Hue. 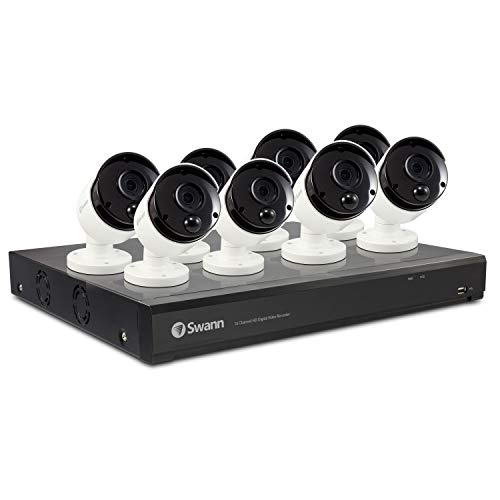 Amazon recently pushed its Echo Spatial Perception ability to the cloud to make this step even easier for companies — allowing them to bring better voice control to their gadgets without having to download software directly to every device.

Swann makes security cameras that are both wireless — and those that are wired into a home, and the company even refers to its business as "wired surveillance."

The new feature with Swann lets users ask Google Assistant to tap into their security feeds just by asking aloud — and they can send that video to their TV. They can stream live video, and also switch feeds from what one camera is seeing to another. They can also create their own commands as well.

"Voice assistant integration is a top technology trend of 2018 across a variety of consumer electronics which includes home security. While some wireless cameras have incorporated voice integrations, Swann is the first to bring this technology to wired multi-camera systems where we lead the market. Wired systems remain more robust and secure compared to their wireless counterparts and can offer users a view of multiple cameras on their TV with a simple voice command," said Alex Talevski, Chief Technology Officer at Swann.