See who's there, and talk to them when you're not

The idea of a video doorbell is a simple one. As a doorbell, it alerts you with a chime when its button is pressed, but also gives you a live video feed so you can talk with, and see, a visitor through an integrated camera, speaker and microphone.

Video doorbells also serve as security cameras, alerting you (and automatically recording) when motion is detected close to the device.

This is exactly what the Ring Video Doorbell 2 does. But what sets the device apart from most is its rechargeable battery, meaning the doorbell can be installed with very little DIY required as there aren't any wires.

Our first impression of the Ring 2 is its size: quite large for a doorbell. This is due to the rechargeable battery, which takes up a significant amount of the device's weight and footprint.

Other than being significantly larger than a regular doorbell, the Ring 2 looks inoffensive enough and shouldn't attract too much unwanted attention — an important thing to consider when sticking a $200 device to your front door.

The button is obvious and surrounded by a blue ring which illuminates when pressed. This light signifies that the bell has been rung, but also stays lit when the camera is recording. If you are monitoring the live video feed but not recording, the light stays off.

The Ring 2 comes with two front plates so you can pick from black or silver (the latter being fitted in our photos.) The company says the device is "weather resistant," and I have had no problems with the Ring 2 during heavy rain. In all but the most extreme circumstances you shouldn't have a problem with damage due to inclement weather.

There isn't much more to say about the Ring 2's design, and that's a good thing. A doorbell, no matter how smart, doesn't need to draw attention to itself with unnecessary features and design flare. It just needs to be functional and discrete, and that's exactly what the Ring 2 provides.

What sets the Ring 2 apart from most video doorbells is how it doesn't require any wiring skills. If you want, you can wire the doorbell to your existing chime and power cables. But you don't have to for it to work.

This makes Ring 2 great for renters who can now fit a video doorbell to their home without first needing to install any wiring, likely not something their landlord may approve. You can also mount the camera using double-sided tape, eliminating the need to drill holes in the door, frame, or adjacent wall.

However, it is recommend that you attach Ring 2 with screws to prevent it from being stolen. To help you on this front, the doorbell comes with a pleasantly surprisingly selection of tools, screws, mounts and brackets to cater to your circumstances.

There are screws to mount the device to your door or wall, along with a drill bit, wall plugs, and even a miniature level which you temporarily fit to the Ring during installation. There are also wires for attaching to either an analogue or digital chime, plus a Ring-branded screwdriver. You also get a bracket to fit the Ring 2 to a previous mounting plate, should you be upgrading.

Finally, there are two mounts which can be used to tilt the doorbell by five degrees up or down, and 15 degrees to the left or right. These can be used by themselves, or you can use both mounts at once for two directional changes — so you can angle the doorbell both down and to the left, for example. This helps point the camera exactly where you want it, but also means you can angle the camera in such a way that a nearby road or sidewalk won't cause constant motion-detection alerts.

I was very impressed by what Ring provides in the installation kit, as I was half-expecting the need to provide my own screws, and certainly my own screwdriver and spirit level to install the Ring Video Doorbell 2. There is also a screw to keep the front cover in place, preventing anyone from removing the battery, plus a USB cable for charging.

Once you've set up the doorbell, it's time to install the free Ring smartphone app (for iOS and Android) and get the doorbell up and running. This takes just a couple of minutes once you have created a Ring account. A free month of Ring's subscription service (which stores all video recordings in the cloud for 30 days) starts automatically, and you won't need to enter your credit card details.

There is a 'motion wizard' which asks questions about where the doorbell is located (is it within 5 feet of a road, for example) that also lets you adjust the sensitive of the device's motion sensor.

I found it took a couple of days of experimentation until I was happy with how often the Ring's motion sensor was triggered. But even after this, I switched off motion notifications, so my smartphone would not buzz when the doorbell camera saw something. Instead, I only get alerts if someone presses the button.

However, the doorbell still records 30 seconds of video each time it spots motion, saving those clips in the cloud, ready for me to view whenever I like. This feels like a compromise, but otherwise my phone would sent alerts several times every hour, which is simply impractical, as my front door is close to a sidewalk and road, and my neighbor's door is right next to mine. In my situation, there's no real way to stop the motion sensor from being regularly triggered.

When the button is pressed, the device itself chimes to let the visitor know it's working. Immediately, the Ring app serves up a notification and tapping on this opens a live video feed from the camera. You can now tap the green accept icon or the red decline icon, like on a video call.

Tapping green opens the microphone, allowing you to have a conversation with the visitor — hugely useful if you aren't in and want to tell the courier driver to leave your parcel by the door. You can also use the microphone and speaker to ward off anyone loitering on your doorstep when they shouldn't be.

I was particularly impressed by how quickly the system works, with it taking just a couple of seconds to initiate a live video chat once the button has been pressed and the notification tapped. Video quality — 1080p HD — is also excellent, both when viewing live and when watching recorded footage later.

It's equally good at night thanks to infrared night vision, which provides a perfectly detailed black-and-white feed once the natural light has faded to darkness.

My only real complaint is with battery life, which isn't as good as Ring claims — at least in my situation. Ring claims six to 12 months, but mine fell from circa 90 percent to 60 percent in four days. The first day saw a lot of use due to setup, calibration, and my housemates playing with it (of course.) But even now the novelty has worn off, I'm still doubtful that the battery will last much more than a month, never mind six or even 12 months.

I suspect the proximity to the road and sidewalk is the biggest problem here. If the motion sensor was only triggered when someone came within a couple of steps of the door, then it would record far less often — perhaps just three or four recordings per day, accounting for housemates and the postman, instead of the six or seven records per hour I'm currently seeing via the Ring app.

The Ring 2 works with Alexa, which can be configured to emit a chime on your Echo smart speaker (or speakers) and say "someone is at the door." If you have an Echo Show, the Ring will open a live view from the camera, either when someone rings the bell or when you say "Alexa, show the front door camera."

There is also support for IFTTT (If This, Then That), which means you can configure the Ring to interact with other smart home devices. For example, you can set your Philips Hue lights to flash or turn a certain color when the button is pressed — useful if you're upstairs without your phone, but have Hue bulbs in the bedroom.

Check out The GearBrain, our smart home compatibility find engine to find other smart video doorbells and compatible products that work with Google Assistant and Amazon Alexa enabled devices. You can also ask questions and troubleshoot any problems.

The best thing about the Ring 2 doorbell is how it doesn't try to do more than what is necessary. Too many smart home devices designed to replace 'dumb' devices strive to do too much, then end up complicating the situation, or not working as well as their simpler successor. Robotic vacuum cleaners and floor mops can sometimes become victims of this concern.

Thankfully, the Ring Video Doorbell 2 strikes a neat balance between features and ease-of-use. It requires no wiring at all, can be left to work exactly like a regular doorbell if you also buy the chime, which by itself plugs into a wall outlet as normal.

But for those who want the extra smarts, the whole system works as expected. The app is simple enough to use, and once setup you can just leave the device to seamlessly do its job, keeping an eye out for you when you're away, and alerting you when someone is at the door.

Being able to give instructions to a courier while out, or on a work call upstairs, is hugely useful, and the extra peace-of-mind instilled by fitting a security camera to the front door is hard to overlook. Not only does the Ring look out for intruders, but in my situation it also offers a clear view of the parking space right outside, so can potentially spot incidents with my car, too.

It is of course expensive for a doorbell, but the Ring 2 does such a good job that I'm finding it hard not to recommend one to everyone. 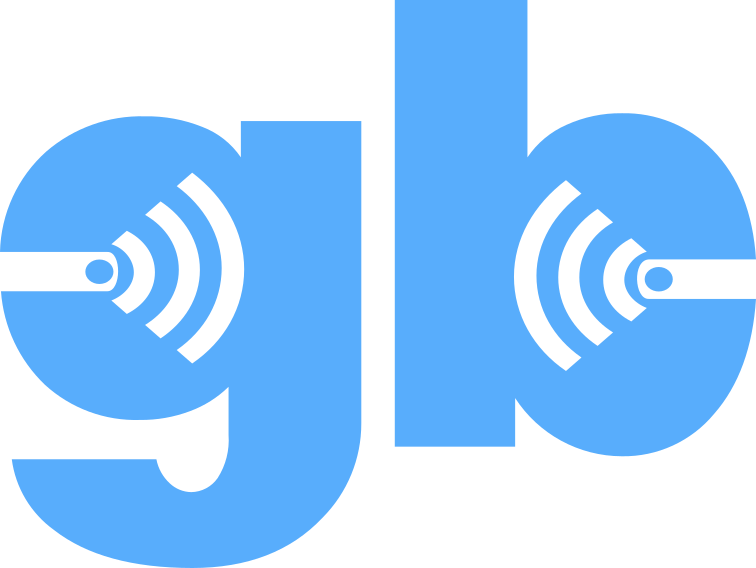 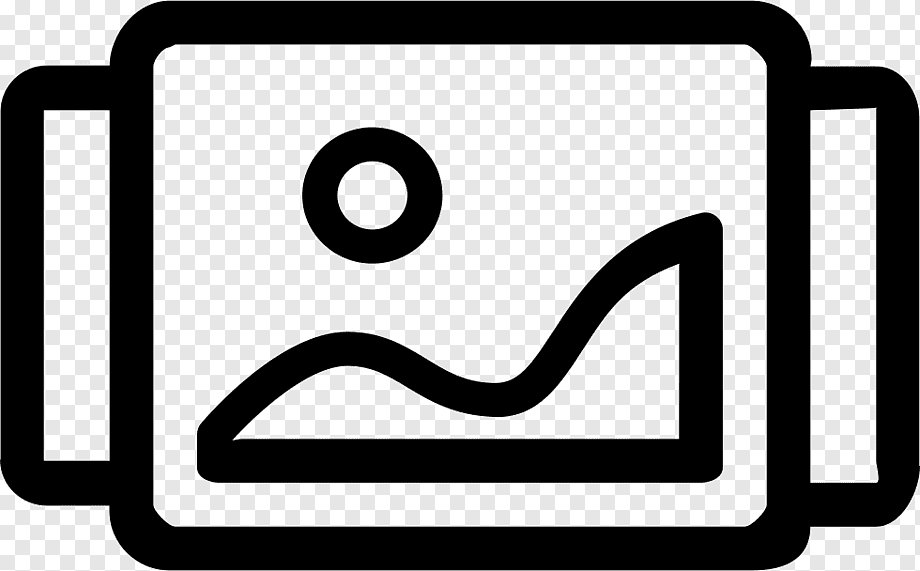 Find what works with...