The company showed off the rolling screen at CES in 2018

LG's rolling TVs — which the company put front and center at CES in January — is finally set to go on sale. The 65-inch TVs will curl up like a poster into a compact box and be available in 2019, according to Bloomberg which cited an unnamed source.

The company first showed off an 18-inch prototype of the rolling screen in 2017, then brought the 65-inch OLED version to CES 2018. The screen is said to curl up with a click, likely via a remote or app, and disappear into a container that would sit on a table or stand.

This kind of screen, one that disappears, is certainly a shift from the enormous wall-sized TVs that brands have been pushing on consumers, including LG which debuted out an 88-inch TV earlier this year. Instead of making the TV the centerpiece of a living space and the wall, a rolling screen creates a much smaller footprint, and may signal a shift of how technology companies are imagining their role in future smart homes.

Samsung's The Frame, was one of the first to turn the TV into a device worth hanging on the wall. The frame can be customized with real wood, with the screen starting at $1,200. The company has continued with the large-is-better idea, such as the Samsung Q8C UltraHD.

TVs aren't the only device where brands is looking to bring curved or bendable screens. Smartphones are also said to be getting flexible screens. Samsung has teased a folding phone for years, claiming the device would be revealed by the end of 2018. Huawei too is said to be working on a bendable smartphone as well, one that can fold completely in half.

LG, however, is not looking to build a foldable smartphone, according to the same source. The company believes that the cost to produce a flexible screen for a smaller device may not be profitable, choosing to focus on a larger screen instead. 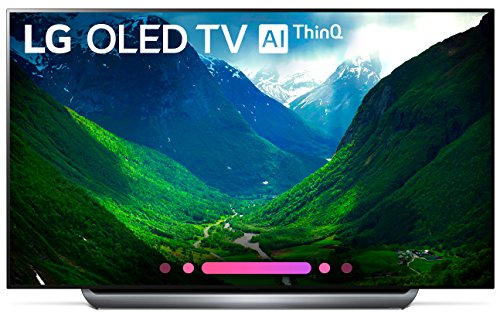