They come in the wake of reports that Samsung's new phone will fold vertically instead of horizontally, as the Galaxy Fold does. As such, the new model is expected to look similar to the new Motorola Razr.

The images also come after Samsung itself recently showed a phone which folds this way in its own marketing material, just as it did with a device reminiscent of the Galaxy Fold before that particular model was announced.

As for the newly leaked images, they first appeared on the Chinese social network Weibo, and have since been published on Twitter by an account called Ice Universe, which has a good track record for revealing Samsung phones before their official launch.

The images show a phone running Android with Samsung's user interface and applications. The phone also has three cameras; these include a pin-hole camera on the inside, like that found on the Galaxy Note 10, plus two more on the outside.

Next to those external cameras is a small monochrome display showing the time and other at-a-glance information. This display isn't in the same league as that on the outside of the Motorola Razr, which is a larger color touch screen.

That said, a recent report claimed Samsung's next folding phone would cost considerably less than the $1,980 Galaxy Fold, and perhaps as little as $840, so a simpler second display would make sense.

The phone appears to have the same tall and narrow 21:9 screen ratio as the Motorola Razr. This means regular widescreen 16:9 video won't fill the display, but it is still more suited to a smartphone user interface than the square screen of the Galaxy Fold.

There are no visible Samsung logos on the phone, which makes it difficult to determine whether the photos are legitimate. However, if this is a prototype or other form of pre-production phone, rather than an example of what will actually be sold to customers, then these missing details would be appropriate. Otherwise, the phone looks very close to production-ready.

If this is indeed a leak of Samsung's next folding phone, then it could be announced as soon as February 2020. This would be a year since the previous launch of the Galaxy S10, which included a first look at the Galaxy Fold. We also expect to see the Galaxy S11 announced at the same time.

We think this design makes a lot more sense than the Galaxy Fold, as it creates a smaller handset which, when closed, protects its delicate plastic display — which is a weak spot on the Fold — and opens up to a device of a more practical size and shape than the design of the chunky, square Fold. 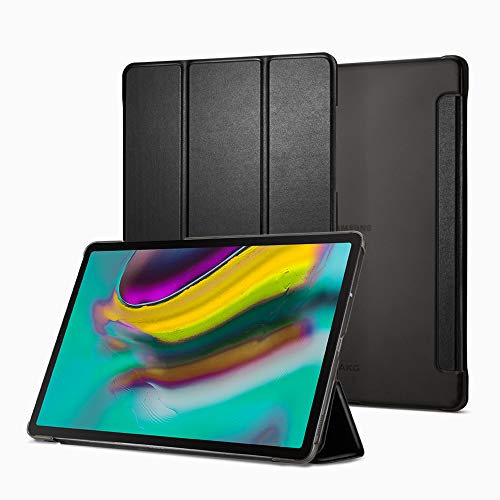