It'll be back in a few weeks, the retailer says

Just a few weeks after going on sale, Amazon has temporarily pulled its new Echo Wall Clock, due to connectivity issues.

Reported by numerous owners on Twitter, the clock fails to maintain its Wi-Fi connection, causing it to display the wrong time and lose track of any timers the user has set by speaking to Alexa.

The clock, which retails for $29.99, still appears on Amazon's website, but is listed as "Currently unavailable" and cannot be purchased. The product listing states: "We don't know when or if this item will be back in stock."

However, this is Amazon's generic message for when an item is unavailable. The retailer has said separately in a statement: "We're aware that a small number of customers have had issues with connectivity. We're working hard to address this and plan to make Echo Wall Clock available in the coming weeks."

It isn't clear at this stage if the clock's issues can be fixed with a software update, or if a recall and a hardware fix will be required. It isn't known how many units Amazon has sold, as the company does not generally reveal the sales figures for its Echo devices.

I've had one for a month and it's been an ongoing disappointment - it can't stay connected and won't keep accurate time since the clock skews when it disconnects.
— Jon Cellini (@JonathanCellini) January 23, 2019

The clock features a ring of LED lights around the outside of its face, which indicate the time left on timers set by speaking to the Alexa voice assistant of an Echo smart speaker. The clock does not have a microphone or speaker of its own, and only works in conjunction with an Echo speaker.

The device currently has a 3.5 star review on Amazon, with the majority (36 percent) of buyers awarding five stars. However, 23 percent gave one star and several recent reviews describe connectivity issues and an inability to keep accurate time.

Echo Wall Clock owner Jon Cellini tweeted: "I've had one for a month and it's been an ongoing disappointment - it can't stay connected and won't keep accurate time since the clock skews when it disconnects."

Another owner, Tomas Krynsky, said: "I want this clock to work so bad but I've had to re-pair and hit up tech support a half dozen times in three weeks. I'm glad to hear there's going to be a v2 though - I'll get that." 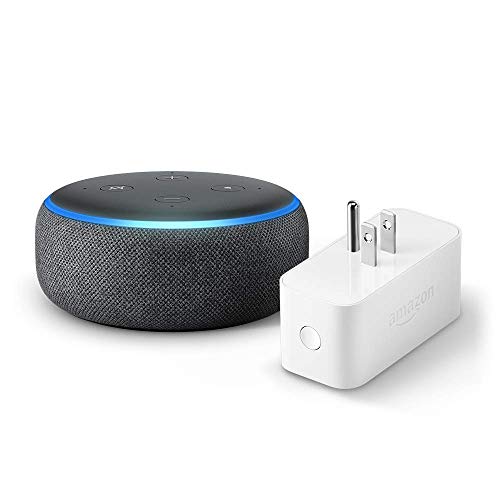