Apple's big bet on smartphone security is put under the spotlight

As rumors spread about the iPhone X not including Touch ID, I grew more than a little concerned. Apple had only just added the fingerprint security system to the MacBook lineup.

In just a few short years, however, Touch ID transformed from a gimmick into the default for unlocking an iPhone. While rivals like Samsung and Google have deployed their own scanners, none quite match the iPhone's for reliability, convenience and ergonomics.

Murmurs then started that Apple would embed Touch ID into the display, doing away with the home button and enabling a bezel-less design of the iPhone X. This never happened. My concerns over a face-scanning system working reliably began to grow.

Would it be as dependable as Touch ID? What happens if I grow a beard? Will the tech be as fast? Will banking apps work with the system or not?

Happily, two weeks into iPhone X ownership I can say with confidence that my concerns were misplaced.

Face ID is incredibly easy to set up; just turn your head in a circle as instructed on-screen, and that's it. It is also very easy to use — so easy, in fact, that most of the time 'using' Face ID doesn't feel like the right phrase. Can you use something that happens automatically, in the background? That's what Face ID feels like, for me, at least 95 percent of the time.

I lift my phone, the raise-to-wake feature lights up the screen, and by the time I've swiped upwards with my thumb Face ID has done its job and my phone is unlocked.

It is in these situations where Face ID achieves the holy grail of security technology — it get entirely out of the way and works seamlessly in the background to keep my phone secure without me noticing.

But, in the same way Touch ID doesn't work when wet, Face ID is not quite perfect. Sometimes it is still scanning my face after I've swiped upwards, delaying the unlock procedure by perhaps half a second. The delay is seldom any longer than this, which is scarcely enough time to notice it has happened in the first place.

Should Face ID fail for longer, than it is likely to fail outright. In this case, I've found it easier to turn the phone away, then back towards me to try again, or two slow presses of the power button (so not to trigger Apple Pay) does the same trick. If that fails, I will enter my passcode instead.

I've also found Face ID to work well when my face is partially covered. Wearing a hat or scarf causes it no trouble, and obscuring parts of my face with a hand often still results in a successful unlock. This varies, however. I've actually found my iPhone X is better at recognizing me when I partially covered the right side of my face compared to the left.

Some reviewers claimed they had difficulty with Face ID under harsh lighting. To experiment with this I placed a bright desk lamp at various angles behind me while unlocking the phone — but there was no discernible difference in unlock speed or reliability.

Another area of concern from others occurs when holding the iPhone a long way from their face. I found Face ID would unlock, even when the phone was held at waist height. That is the limit, however, as just an inch further away caused it to fail — as in, Face ID couldn't see a face to scan, not just that it thought the face wasn't mine. 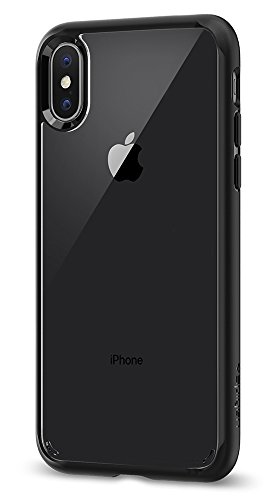 Taller people may find Face ID doesn't work at waist height for them. Apple says the system works best when held between 9 inches (25cm) and 20 inches (50cm) from your face. Too close, and I also found Face ID failed. But I'm not sure when I would be holding an iPhone so close anyway. Even when lying in bed and holding the phone above my face, I didn't have a problem.

A feature I really like is how notifications hide their content on the lock screen until you look at the phone. That way, your phone can light up with messages and emails, but anyone in view won't be able to see their content — or, in my case, who they're from. When the owner looks, the content is revealed.

Apple says the chances of a stranger unlocking your iPhone with Face ID are one million to one, compared to 50,000 to one with Touch ID. Despite that, there have been reports of Face ID being tricked to unlock with a synthetic mask, twins, triplets, a mother and son, and even a sleeping man with olives on his eyelids.

Face ID isn't 100 percent secure. The same is true, though, of Touch ID, which can be tricked with synthetic fingers made from prints lifted from the touch screen. But for 99 percent of the time, it is secure enough, and certainly a deterrent to stop a thief from trying to crack into the expensive smartphone.

Apple Pay works slightly differently with Face ID than it does with Touch ID. With the latter, a double-press of the home button pre-arms Apple Pay. This is then authenticated immediately from your thumb on the Touch ID reader embedded in the home button. You then just hold your iPhone over a card reader to pay.

With Face ID, you double-pass the power/unlock button, let it quickly scan your face to authenticate, then hold the phone to the card reader. While this process generally takes a bit longer, I prefer it because paying with Face ID allows you to hold the phone however you like. Sometimes with Touch ID I'd find myself pinching the phone between finger and thumb as I rest the far end on the reader and my thumb on Touch ID. With Face ID, after a press of the power button I'm already holding it more securely.

Apple Pay with Face ID forces you to briefly hold your phone up, usually higher than necessary, to make sure it reads you correctly, but with continued use I reckon I can streamline this to only holding it as high as absolutely necessary before lowering it again to pay. As a side note, I have found the iPhone X's actual interaction with card readers happens more quickky than my previous iPhone 7 Plus — and it feels faster than using a credit card.

For now, Face ID is exclusive to the iPhone XApple

One fundamental downside with Face ID is how the iPhone X can only be configured to recognize one person. With Touch ID you could store fingerprints from both hands to make unlocking more convenient, and even prints from other people — husband and wife, for example, or work colleagues who need access to the same iPad for a presentation.

Face ID's one face policy makes things more secure, of course, but occasionally more inconvenient too. That being said, the system is still controlled by a PIN, password or passcode, which can be entered at any time and by whoever knows them.

Face ID performs far better than I was expecting. I had real concerns over its abilities and whether banking apps would work with it out of the box. I really thought Apple would take iPhone users on a giant step backwards while it got Face ID up to speed through trial and error.

But no; it works as advertised 95 percent of the time — for me, at least. What was at first hugely impressive and a feature worth showing off to others, has become a feature which is almost entirely forgotten about, but in a good way.

I no longer worry about Face ID (Is the lighting right? How should I hold the phone?) just as I mostly forgot about Touch ID on previous iPhones. The technology just works, quickly, quietly and without making a fuss.