For less than the price of a movie ticket, shoot Stormtroopers or protect the world from the undead at IMAX VR.

Cons: Expensive for the time, fun varies on the experience, pointers from workers breaks VR illusion.

Top virtual reality headsets, priced around $1,000 (without a computer), are still not affordable — at least for most of us. But that doesn't mean we can't try them. For about $10, you can now buy seven minutes on a HTC Vive soaring like an Eagle, wielding a lightsaber, tightrope walking thousands of feet in the sky or taking down a mummy demon.

The IMAX VR Experience is a high-end VR arcade which opened at the AMC theater, across from the original Farmer's Market in Los Angeles in February. In June, IMAX expanded to New York opening these VR arcades in the AMC Kips Bay 15 theater in Manhattan. Eight more locations are expected to launch in the United States and also in China, Japan, France, the UK, Canada and the Middle East.

Some of the VR experiences let you sit in a chair to feel the motion around you.

You can buy tickets online at the IMAX VR, or even at the theater. And while visitors during the evenings and weekends are heavier than random weekday afternoons, according to the attendants who worked there, there was no one when I arrived on a random Wednesday afternoon in June.

Although I've certainly played my share of VR games, playing in an arcade-like setup sounded more fun: Better games maybe, better experiences, more options. I was sold. I bought tickets online, paying $10 for IMAX VR: Star Wars: Trials on Tatooine and $10 for IMAX VR: Eagle Flight Multiplayer — plus a $1.50 service fee — the day of and headed to the theater.

After arriving, I spent a couple of minutes signing a waiver, and then had someone help me into the gear and walk me, briefly, through how everything worked. First up? A chance to step into the Star Wars world, wielding a lightsaber to protect the Millennium Falcon.

IMAX VR: Star Wars: Trials on Tatooine puts a lightsaber in your hands.

If you're alive, you likely have some fondness for the Star Wars franchise. With IMAX offering a chance to virtually hold a lightsaber, picking that experience was an easy choice. After donning a HTC Vive headset, Skullcandy headset, haptic backpack with a custom IMAX computer setup and a controller, I was dropped into the franchise with the IMAX VR: Star Wars: Trials on Tatooine, a seven minute experience.

The attendant alerted me that if I started to walk outside the area of the game, a blue grid would appear on my screen — and I would also feel under my feet that the carpet started to slant upwards. That was great for making sure I didn't walk into walls, but less fun because it pulled me back into the real world. While you don't want to trip and fall while playing in virtual reality, you also want as few reminders of the physical reality around you: It breaks the illusion. Movie watchers know they're not in a movie set, but the dark lights and comfortable chairs help immerse you into a story. Ideally, you have the same experience in VR. That didn't happen for me with the Star Wars experience.

Other IMAX VR experiences include Tilt Brush, which lets you draw in VR.

The story is fairly simplistic. You're on planet Tatooine and the Millennium Falcon flies in overhead landing right next to you. You'll feel like it might land on you, but it won't. R2D2 drops down and doesn't appear to do much more than make his characteristic noises. But you can't really interact with him, and after awhile his presence is more like decoration.

Clearly the Millennium Falcon needs fixing. A hatch opens above with a device that needs to be tweaked. I didn't realize I needed to pull down the overhead hanger until one of the attendants tells me. That also breaks my illusion that I'm hanging with R2D2. If I owned the game, I'd have 10, 20 even 100 chances to replay the game over and over again. My ticket gave me one shot, which means you'll need some coaching likely as well from one of the attendants. Every time someone talks to you — overlapping the voice of Han Solo in your head — you're pulled out of the story. Not the best.

All of a sudden Imperial stormtroopers swoop in, and they start to shoot you. Luckily you're kitted with a lightsaber which can lobby the blasts back at the troopers. If you hit well, you can take them out with their own fire. But if not, nothing really happens to you.

Upshot? The graphics are great, getting a chance to feel like you armed with a lightsaber is also cool. But without feeling you can win, or even get killed, there's almost little point to the game. A taste of Star Wars, true, but not a taste that makes you wanting more.

HTC Vive goggles, controllers, Skullcandy headphones and backpack are part of the gear at the IMAX VR arcades.

Movie goers have yet to strap a VR headset on their face before entering a summer blockbuster. While 3D glasses are undergoing a resurgence in popularity since the 1950s (thank you upgrades in technology), VR goggles strapped to your face in a darkened theater? That's still a no-go.

Yes, theme parks are certainly considering usingVR headsetsas part of the ride experience. But the primary way of trying VR is using these set-ups at home with one of the more robust options including Oculus Rift, HTC Vive, Samsung Gear VR or Playstation VR. These experiences are clearly drawing fans, with Hollywood absolutely aware of the way VR is changing storytelling. Installing VR booths — like high-end arcades — in movie theaters is one way to expand that exposure and see if even more people, particularly those who clearly like going to the movies, would be open to a new style of narrative and a new VR Hollywood experience.

Soar like an eagle as you catch rabbits with IMAX VR: Eagle Flight Multiplayer

IMAX VR: Eagle Flight Multiplayer was the second experience. You're strapped into a seat: no worrying about walking into walls or tripping on carpet. There's a short tutorial which explains the game, telling you how to fly, how to move your head, and the objective, which is to catch more rabbits than your opponent, and if at all possible, take her out. (An AMC attendant played as the second eagle — if you bring two people, you can play against a friend.)

If you're scared of heights, you may feel a momentary ripple — you are flying through the air, after all. But after awhile you stop being scared and get used to it and then it's honestly fun. With Eagle Flight, you are the eagle and you can move your head to change direction. Sometimes you have to move your head quickly, and abruptly, which does hurt your neck from straining. You can see the head of the eagle — you — in front of you. If you look to the side you can see wings, but no talons. 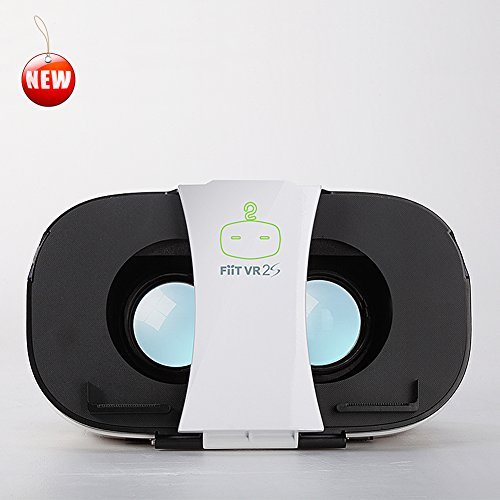 You start by taking off from a tower and then fly around an area where there are houses, courtyards, park, buildings and of course streets. However you don't see cars or people in the game: It's almost an eagle's paradise. A beam of light shows up when a rabbit appears and both you and your opponent try to get the rabbit.

You have to fly far down to the ground, and here is where you can forget how high up your are: you have to dive. The experience is pretty easy once you learned the controls: you lean your head and push one button to attack and another button to block. Once you pick up the rabbit, the game shows you where the nest is with a different beam of light. And you can also hit your opponent if they have a rabbit and make them drop their rabbit or knock them out.

The game — and VR experience — was a lot of fun, particularly enjoyable because you are immersed with headphones and VR goggles plus a haptic chair that vibrates as the music got louder. The graphics, however, could have used some improvement. They felt as if someone had copied and pasted the world with the same set of scenes, repeating without much differentiation. It would be nice for some more detail.

Catching three rabbits to the AMC's attendant's two netted a win, and after seven minutes, the game ended. Overall, Eagle Flight was a great VR experience, more engaging than Star Wars — possibly because of the game play. While Star Wars was fun to try once, if not for the $10 price tag, Eagle Flight would be a lure to try and up my rabbit catching skills again.

Merge VR - Virtual Reality Headset for iPhone and Android
List Price: $79.00
New From: $41.48in Stock
Used From: $48.60in Stock
From Your Site Articles
Related Articles Around the Web
star warstrials on tatooineimax vr experiencevr gamestilt brushvr moviesvr game reviewsthe mummyhow to play in vrmovie watching
Like GearBrain on Facebook
Lauren Barack
The Conversation (0)