They also took control of the steering with an Xbox controller

A group of white-hat hackers demonstrated how the Autopilot driver assistance system used by Tesla cars can be tricked into veering into the opposite lane.

But instead of doing anything as sophisticated as hacking into the car's computer system, the hackers simply placed small white stickers on the road. These altered the shape of existing road markings, which changed how the Tesla's camera-operated Autopilot system interpreted them.

The end result was the car believing it should switch lanes, which in a closed-road demonstration saw the car veer into the opposite lane. In the real world, and if the driver did not grab the wheel or brake to disable Autopilot, this could have resulted in a head-on collision.

The researchers, from Keen Security Labs, which is run by the Chinese technology giant Tencent, also demonstrated how a wireless Xbox video game controller could be used to control the car's steering from the passenger seat. A video, embedded below, shows how the car changes direction when its front-seat passenger plays with the controller.

Tesla says the vulnerability which allowed for gamepad control was patched before the researchers presented their findings to the electric car maker.

As for tricking the Autopilot system, the team said in a research paper documenting the hack: "This kind of attack is simple to deploy, and the materials are easy to obtain."

They added: "Tesla Autopilot recognizes lanes and assists control by identifying road traffic markings. Based on the research, we proved that by placing interference stickers on the road, the Autopilot system will capture these information and make an abnormal judgement, which causes the vehicle to enter into the reverse lane."

The researchers also demonstrated how Tesla's automatic windshield wipers can be tricked into activating — but given this required a television set being placed right in front of the car, this hack feels somewhat less serious. Tesla also notes that the automatic system, which uses the Autopilot cameras to spot rain, is currently in beta and can be switched off, giving the driver manual control of the wipers, at any time.

Regarding the Autopilot trick, Tesla said: "In this demonstration the researchers adjusted the physical environment (eg placing tape on the road and altering lane lines) around the vehicle to make the car behave differently when Autopilot is in use. This is not a real-world concern given that a driver can easily override Autopilot at any time by using the steering wheel or brakes and should be prepared to do so at all times." 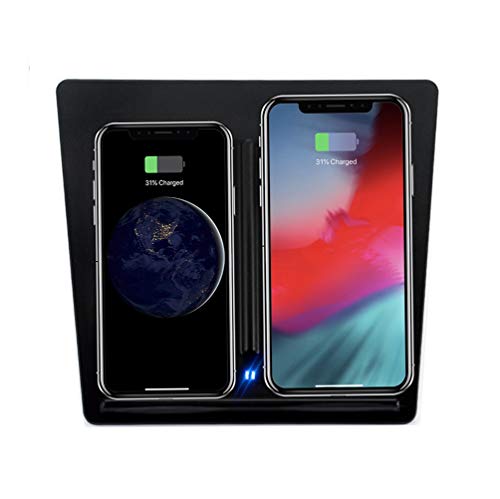 Tesla's response echos the company's long-standing position that drivers must keep their full attention on driving when Autopilot is engaged. Even though the system controls the car's accelerator, brakes and steering — and can even perform lane changes to overtake or follow the navigation system — drivers remain fully responsible for the car, and must regain control if Autopilot does anything wrong, like drift into the wrong lane.

That said, there have been several incidents where Tesla drivers have put their trust entirely in Autopilot. A Tesla owner in the UK received an 18-month driving ban and a £1,800 ($2,500) fine after a video was published on social media showing him sitting in the front passenger seat as his Model S drove itself along a busy road at 40 mph.

Tesla notes that the flaw which allowed an Xbox gamepad to control the steering was patched with a "robust security update" back in 2017, followed by "another comprehensive security update in 2018."