The company is debuting another lower-priced robot vacuum, with features that include a remote speaker and microphone to listen in on those at home

A new budget vacuum is on its way from Trifo, debuting today at the IFA show in Berlin. The device, called Max, is an all-white rounded vacuum, with features that include Alexa controls, typically seen on higher-end models like those from iRobot.

GearBrain has yet to test Trifo — units aren't expected to arrive until the middle of September. Once we have, we'll give readers a complete break down on how well the vacuum works as compared to other budget vacuums in its field like those from Ecovacs, Amarey and Eufy. 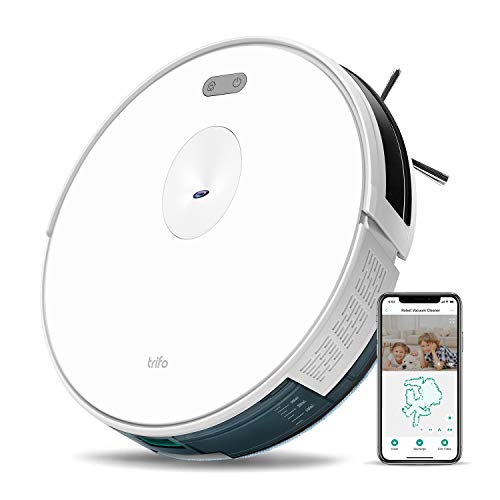 Trifo is promising a lot of upside to its new Max, which still doesn't have a price tag. We expect the model, however, to likely fall within Trifo's usual price range of $250 to $350 — or somewhere close.

The new Max is promising 3,000 Pa of function, with a main brush and a side brush that fits in corners. To empty the vacuum, you'll pull the dustbin from the top.

Like many robot vacuums, the Max is designed to avoid obstacles, and it also maps the surroundings to create better cleaning routes each time.

The robot vacuum can be controlled via an app, which works with iOS and Android devices, and get it to start cleaning, even if someone is out of the home. They can also program scheduled cleanings, and see where the vacuum has been via an on screen view.

The Trifo Max will be emptied from a top binTrifo

There's Alexa control, which means people can get Max to turn on and start cleaning by asking Amazon's smart assistant. The battery should keep the robot running for 120 minutes, and can also serve as a charge port for other devices, with a USB charger built in.

The app also controls an onboard microphone and speaker — so people can listen in on — and then speak to — pets, children or anyone in their space through Max, from the app.

There's also a camera built into Max, which can be turned on via the app as well. If someone is alerted to a disturbance in their space, they can turn on the camera and start recording. The camera is built into the front of the device, which means that even if it's charging in its base station, it can still record its surrounding.

Without a review unit, GearBrain can't state how these features work. But we expect to have a review before the vacuum goes on sale. 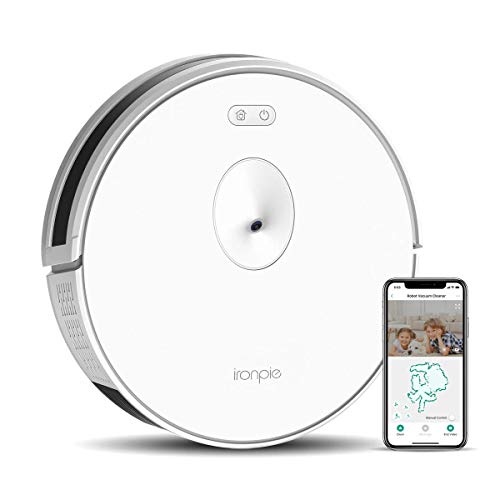