Autonomous driving, attractive software and assistants like Alexa are rewriting the rules of how we drive

A decade ago, if an automotive engineer talked about a car's 'human-machine interface', they would likely have been laughed from the room. That's changed as artificial intelligence has advanced, particularly inside self-driving cars.

Until recently, a car's 'interface' meant simply a few things: the location, feel and movement of the steering wheel, pedals and switchgear like indicator stalks, dials for the lights, and buttons for the radio. Car makers had a near-universal global standard for these features, with the only difference within their design language.

Now carmakers face challenges on multiple fronts. First, consumers with smartphones in their pockets want the same attractive user interface and responsive, high definition touch screen on their dashboard. They also want apps, connectivity, and a virtual assistant like Alexa and Siri.

As the use of autonomous driving technology grow, drivers also want (and absolutely need) a clear, simple way for understanding who is in control of the vehicle.

These changes are unprecedented in the history of the automobile and bring with them a set of unique challenges.

"Automakers are facing a fundamental shift in how they approach vehicle design for a rapidly-changing market," Emfield says. "While connected cars have been popular for a number of years, all-new design paradigms need to be considered for electric cars, semi and fully autonomous vehicles, and shared mobility. Drivers see the in-car technology as increasingly important to buying decisions. As such, the human machine interface has taken center stage."

Where before we had a fuel gauge, now electric cars offer up screens of data on battery use and projected range — to help ease range anxiety, if nothing else — and hybrid vehicles show if the engine or battery is being used, and if any energy regeneration is taking place.

Then there are the autonomous systems like Tesla Autopilot, Nissan ProPilot and Mercedes Drive Pilot, and how a car which is not owned by any one person — the "shared mobility" Emfield mentions - should look and behave.

Autonomous systems are of particular interest, and concern. How best to tell the driver, without any doubt, that they are in control of the vehicle, or that it is in control and needs no assistance?

Lyft, a rival of Uber, is currently running an autonomous taxi trial in Las VegasLyft

"A number of high-profile semi-autonomous vehicle crashes have raised questions about driver and vehicle safety," Emfield says. "Trust, or lack thereof, is one of the biggest challenges for the success of partially and fully autonomous vehicles."

Indeed, following the death of a pedestrian struck by an autonomous Uber car in March, and the death of a Tesla driver just a few weeks later, trust in self-driving vehicles fell sharply. A survey conducted by AAA in May found that 73 percent of American drivers said they would be too afraid to ride in a fully autonomous vehicle, up significantly from 63 percent in December 2017, just five months earlier. The motor club also found that just 19 percent of drivers would fully trust an autonomous car. 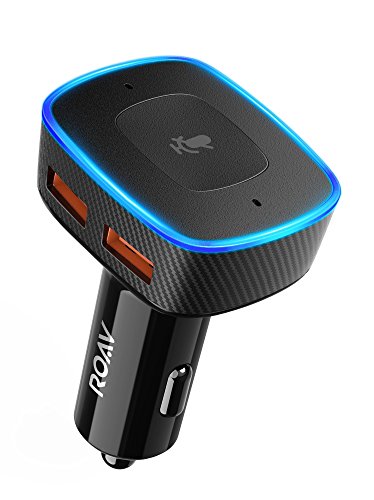 Suggesting how an intelligent assistant can help, Emfield explains: "This requires the automotive assistant to have a relationship built on trust with the driver — or rather, passenger. It requires an assistant that gives the passenger peace of mind, keeping them in the loop, answering questions about car status and why the assistant made a choice, and helping them feel like they remain in control."

The need for passengers to feel like they remain in control is interesting, as manufacturers have not been shy in suggesting how much we will soon be able to disengage from the act of driving. When launching its new A8 luxury sedan in July 2017, Audi said that, once made legal, the car's autonomous systems will allow the driver to "take their hands off the steering wheel permanently and, depending on the national laws, focus on a different activity that is supported by the car, such as watching the on-board TV."

Assistant like Alexa could help regain driver and passenger trustAmazon

Trust can be gained, Emfield says, by encouraging drivers to have spoken conversations with their cars. Research carried out by Nuance, he says, "provides strong anecdotal and scientific evidence that 'speech-induced anthropomorphism - that is, a car being perceived as having human-like traits through conversation and speech - is an essential factor for obtaining trust.

"Simply put, when a car talks, it instills a feeling in drivers and passengers that it's more like a human being. This is one reason automakers are keen to leverage well-designed, voice-enabled automotive assistants in their cars."

This is exactly what is happening, as a number of car makers look to install Alexa and Google Assistant in their vehicles. BMW, Mini, Toyota, Ford and Volkswagen have all expressed interest in bringing Alexa to their cars, some as soon as this year.

Emfield added: "The research also found that trust increases when the 'transfer of control' between the car and driver is enabled not only by speech/voice command, but also via visual, auditory and haptic cues."

You might think voice assistants, autonomy and haptic touch screen controls are enough for the century-old automotive industry to be getting on with, but the future will likely take things much further.

Emfield explains: "The industry is already moving towards next-generation interfaces that go beyond voice-enabled assistants, becoming multi-model assistants that leverage eye tracking, gestures, and other technologies that detect even the little things, like non-verbal cues, like another human would. Think about what new opportunities this opens for the drivers - and passengers - of cars in the future."