Whisper away Bose's latest headphones are going to give Apple AirPod a competitive nudge, linking to Google Assistant and letting wearers use many of their smartphone features just by talking aloud. Similar to bringing up Siri on Apple's wireless earbuds, the Bose QC35 IIs — the first to feature this ability — will connect over Bluetooth to a smartphone (Apple or Android.) From there, people will be able to set reminders, do searches and grab information like calendar updates and messages — read out loud — just by asking.

While not every smartphone user connects to a voice assistant (although the option is there), device makers are doubling down on the ways people can access these A.I. entities. Whether it's a smartwatch, a home hub or headphones, the shift to using voice to access information over touch is clear.

These Bose headphones are hardly inexpensive, priced at $350. But at least the company has an app that will help link its device to Google Assistant, plus lists a few commands on its web site to get you started. For comparison, though, Apple's AirPods, which speak to Siri, cost just $159. They don't include the famous Bose noise-canceling feature, and do look a bit like Q-tips dangling from the ear. But for the $200 saved you can certainly buy a decent hoodie to cover that right up.

Life in color Think a smart home device is too complicated to install? We put a newbie to the test, having them launch the Philips Hue Color and White Ambience Kit in their home. How he'd fair? There was the expected hiccup, but for the most part the kit took less than the time to brew and drink a morning cup of coffee to get working. 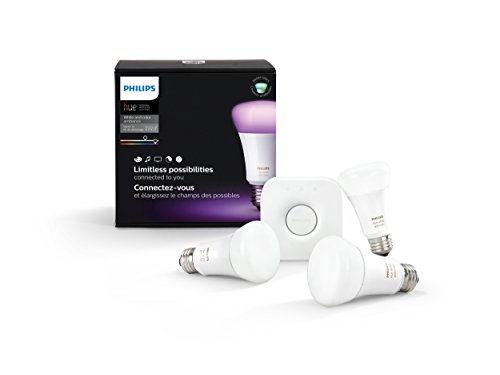