The Motorola smartphone can be scooped up for just $229, and is one of the best budget devices you can buy today.

Launched in 2019, the Moto G7 offered high-resolution zoom, dual lenses and fast-charging and Dolby Audio, a price of $299. One year later, this is still a solid Android smartphone at an even better price now of $229 — and certainly worth considering among those looking for a budget smartphone.

When it launched, the G7 was a nice upgrade from the G6. You got a bigger screen — 6.2 inches compared to the G6 and its 5.7-inch screen — and the phone feels big. That plus its rounded design also makes this a smartphone that's going to beg for a case.

You get 4K video, plus effects like portrait mode (remember when that was the big new feature?) and fast charging, with nine additional hours from 15 minutes. That's almost expected today, and still a good feature.

The fingerprint screen moved to the back, which for many is just for more convenient. And the cameras are the same as the Moto G7 Power, meaning a 8 MP front camera and a 12 MP camera on the back. There's also Dolby Audio, and the phone comes with 64 GB of storage as standard. That's twice what you get with the Moto G7 Power.

The camera is, after all, one of the key reasons we buy smartphones. Some people, yes, still make calls, but texts and images are huge driver in why people buy phones. The Moto G7 isn't going to product Hasselblad results, but images are clear, colorful and there are a bevy of features you can overlay into your photo taking fun, including the ability to do the portrait, spot color and other expected add-ons. You can also flip between manual and auto with the camera.

The Moto G7 has just one speakerGearBrain

Don't expect a lot of sound from the Moto G7. You'll see there's just one speaker at the bottom — which does limit the output the phone can produce. True, few people play music from their smartphone as a speaker, but this is the price for a budget device. There's also a 3.5mm headphone jack in addition to the charging port. Apple users may look at that and get confused (yes, you can feel sorry for them), but this is a good feature letting you still listen to your podcast while you get a quick boost of power.

The Moto G7 is not on the roadmap, however, fo updating to Android 10.0. The smartphone did come stocked with Android 9 Pie when it launched. (And it's worth noting, too, that the Moto G7 Power has not gotten the Android 10.0 update either.) While the Moto G7 Plus did get the Android10 update, the G7 has not. Motorola says on its site that it "…is scheduled to continue ti receive security updates." But that statement does not specify that Android 10 is coming. Something to be aware of if you're considering the phone.

You can pick up an unlocked Moto G7 for just $229. In a sea of four-figure smartphones, where $1,000 or just under is becoming more and more the norm, a solid, well-designed smartphone from a trusted brand for under $250 offers great value.

Plus, for those who need a new device, and had been hoping to hold on for more 5G smartphone options, this is a decent price as a bookmark. With analysts noting that the recent coronavirus could impact new releases further into 2020, the wait could be long enough that a budget phone may be the right thing to buy today. 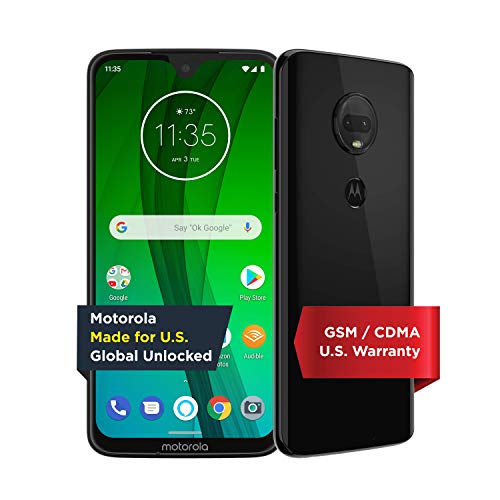 Most people are comfortable today buying smartphones that cost almost, or close, to the price a decent laptop. The iPhone 11 Pro sets people back at least $999, just $100 less than the price of a MacBook Air at $1099. But not everyone wants to carry a four-figure smartphone in their pocket, nor needs to as well. There's also a genuine market for people buying their first smartphones, and families buying one for their children. The Moto G7 falls easily into this category, an Android phone that takes solid photos and frankly works well.

Motorola is a brand that consistently puts out well-made smartphones. They may not be cutting edge with the most advanced technology and the phone isn't going to get people on to the 5G network, which, to be fair, few are today. But they work, consistently and don't require a gasp and a stress attack if they're dropped or lost. (Parents know what we're talking about here.)

The Moto G7, even one year from launch, is still a smartphone that's worth considering as a first phone, or even a primary one. For those who just want an Android to handle calls, online needs, and can take decent photos, this $229 smartphone is one that should be on your radar. 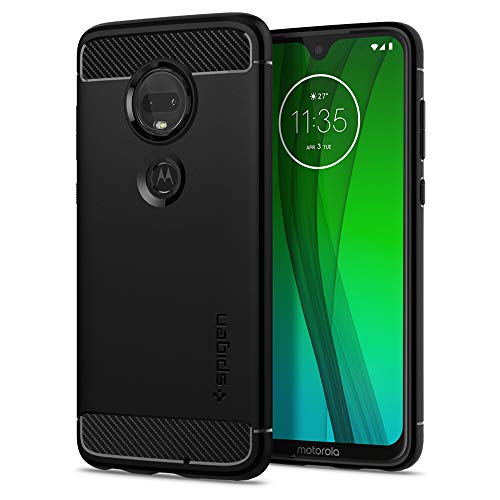 Spigen Rugged Armor Designed for Moto G7 Case/Designed for Moto G7 Plus Case (2019) - Matte Black
List Price: $19.99
New From: $13.99in Stock
Used From: $12.99in Stock
From Your Site Articles
Related Articles Around the Web
mobilesmartphoneandroidmotorolamoto g7budgetself
Like GearBrain on Facebook
Lauren Barack
The Conversation (0)