Is the Tesla Model 3 a luxury car? It’s complicated

Some say the Model 3 is the best-selling luxury car in America. But what does that actually mean?

In January 2019, it was breathlessly reported by the motoring and technology press that the Tesla Model 3 was the best-selling luxury car in America in 2018.

Taken at face value, this is a huge accomplishment for a company which came from a standing start barely a decade earlier, set out in a completely different direction to its century-old rivals, and helped kickstart the switch from internal combustion to electric. After all this, to out-sell vehicles from the likes of Audi, BMW, Mercedes and Lexus feels like an extraordinary achievement.

And yet I take exception to the Model 3 being called a luxury car. At its very cheapest, the first incarnation of the $35,000 Model 3 had basic, manual-adjustment seats, a basic audio system, and no smartphone holder. It was also only available in black.

To find out if the Model 3 really is a luxury car — or perhaps merely a premium one, helped into luxury status with the smooth silence of its electric powertrain — I picked up a Model 3 Performance from Paris, France and drove to Bruges, Belgium. Partly for Easter eggs, partly for beer, but mostly to better understand what the Model 3 is all about.

The Model 3 is described as a luxury car, but some aspects let it downGearBrain

First up is the common problem with borrowing a car from a manufacturer's press department; they almost always come with every possible optional extra. This is useful, giving journalists the ability to try everything at once, but means the Model 3 Performance I drove cost €64,400 locally, or $61,000 in the U.S., almost double that $35,000 target price Tesla started with when it went on sale.

Much of the extra cost comes from a longer range, more powerful motors, and fancy white paint. But when picking the Long Range or Performance Model 3 over the $35k car, or the Standard Range Plus variant, a big difference is also the interior. This is where a car's luxury status is often won or lost; does it cosset and pamper the driver and their passengers, making them feel like they are aboard a private jet, or does it feel like an Uber hailed at the airport?

The extras thrown in here start to carry the Model 3 towards 'premium' status. You get front and rear heated seats, satellite-view maps with live traffic data, music streaming from Spotify, a web browser, and four USB ports to charge smartphones. But a lot of these are added by Tesla via a software update, and — as good as the uprated stereo sounds — premium systems from the likes of Bang & Olufsen are found in Ford Fiestas these days.

Rear-seat passengers climbing into the Model 3 will not feel like they are in for a luxurious experience. The ride is smooth and the car, being electric, is of course quiet (more obvious road and wind noise notwithstanding). But the seats aren't particularly comfortable, legroom is only just adequate, there is no adjustment to the position of the seat at all, the seat-back stowage in front of you is restrictive, and the experience of sitting back there is all rather forgettable.

The Model 3's unique interior has no traditional instrumentsGearBrain

These are all traits of cars of this size, which makes me wonder if a vehicle of this size can ever be considered luxury. That word better suits the soft, reclining leather seats of a long-wheelbase BMW 7-series, complete with padded pillows, soothing mood lighting, TV screens, electronic window blinds and a drinks cooler in the armrest. Smaller cars simply can't offer such luxuries due to their size and price.

Perhaps the Model 3's front seats are a more luxurious place to be. To find out, I type Bruges into the navigation system — which, by all accounts, is excellent — and set off to do battle with the notorious Parisian traffic on a Friday afternoon.

Here, and before I look too closely at the details, the Model 3 begins to offer elements of luxury. By this I mean it makes my life easier and takes away much of the stresses of driving a regular car. The accelerator pedal is beautifully judged, whereby crawling around town is smooth and steady, but a firm prod summons up an instant dose of supercar-matching acceleration. Zero to 60 mph takes 3.2 seconds in this Performance version, which is truly staggering given it is otherwise a completely sensible and rather heavy mid-size family sedan.

The Tesla's regenerative braking system is also perfectly progressive, in that a small lift of the accelerator produces a small deceleration, and a larger lift slows the car more aggressively. Once mastered (which takes maybe an hour or two), you very rarely need to press the brake pedal, unless in a critical situation or when coming to a complete stop.

Some aspects of the interior feel far from luxuriousGearBrain

Leaving Paris and merging onto the country's famously quiet two-lane autoroute, I try out Autopilot, Tesla's driver assistance system which can take control of the steering, accelerator and brakes. The systems works well and generally inspires confidence in its own abilities, but a recent software update means you need to grip the wheel unnaturally firmly to tell the it you are paying attention. Otherwise the central touch screen starts to flash and eventually a loud siren goes off. A quick squeeze of the wheel restores calm and order, but constantly administering so much pressure feels weird at best, and plain annoying at worst.

Hopefully Tesla can adjust this again and find a balance where it ensures drivers are paying attention, but without requiring such a firm grip. When Autopilot works properly, it can offer a luxurious experience — that of a system taking some of the effort out of driving, whisking you along quietly and comfortably, even changing lanes for you when you flick the indicator stalk (after using its cameras to check there is space).

With Autopilot enabled — and a vice-like grip on the wheel — I glance around the cabin. Luxury in cars used to mean lashings of wood and leather, and the Model 3 continues that theme but in a super-minimalist way, offering just a strip of wood along the dashboard, running behind the large central touch screen.

This, the touch screen, is Tesla at its very best. The display has a high resolution and responds with iPad Pro levels of performance; using it is a joy and by far the most premium part of the Model 3. But it isn't perfect, as Tesla's pursuit of minimalism (and cutting production costs) means the windshield wipers are controlled via the touchscreen. There is an automatic option, but this is currently in beta and doesn't always work properly; I found they would also come on when exiting a tunnel, for some reason, with no rain in the air.

I'm not sure what the safer option is here: Trusting the beta automated system to work properly, speeding up the wipers when passing a truck on a rain-soaked freeway, or looking away from the road and prodding at the touchscreen. Both feel dangerous to me, and I have to ask, were Tesla's cost-saving measures so drastic that a conventional wiper stalk couldn't be fitted to the steering column? Cost-saving to this extreme sure doesn't feel like luxury, but thankfully the windshield can be washed with the press of a button on the indicator stalk.

Stopping at the Supercharger in Lille gives me a chance to check out the rest of the Model 3's cabin. There is a good size stowage bin under the central front armrest, and ahead of this there are two cup/bottle holders, then a second stowage bin, and finally a reclined shelf to rest a pair of smartphones against, complete with USB and Lightning cables ready to dock into and charge.

This is all perfectly functional, but doesn't feel luxurious or particularly premium. The plastic finish of several panels feels cheap and had already attracted many scratches on this low-milage example.

Other touch points, like the steering wheel, stalks and door handles are better, but lack anything that could be considered premium or luxurious. The wheel in particular, while perfectly pleasant to hold, lacks the contouring and quality stitching of something from an Audi, BMW, Jaguar or Mercedes. It, along with much of the interior, lacks any wow-factor. Neat and functional, yes, but not luxury in the sense of a Rolex watch, Ted Baker jacket, or pair of Louboutins.

The central touch screen is hugely impressive, until you need the wipersGearBrain

The Model 3 wins plenty of convenience point with its keyless system. There is no key fob at all; instead, the Model 3 comes with a card you can slip in your wallet then tap on the B-pillar behind the door to unlock it. Or you can pair the car with the Tesla smartphone app, and it will automatically unlock as you approach it with your phone, then lock again when you walk away. It's a smart feature which takes mere seconds to setup and works flawlessly. A little luxury, you might say.

As I head into Bruges I'm treated to a drive through the city center, navigating ancient cobbled roads which are spookily devoid of traffic for a Friday evening. I cross small bridges over canals and lap around pretty market squares in complete silence. At this point the car, and almost all effort required to drive it, get out of the way, allowing me to concentrate on finding my hotel and the parking lot.

Being so simple to drive that doing so boarders on the subconscious is certainly a valued slice of luxury when navigating an unfamiliar city after a long day. Plugging into the hotel's charger for the night (for free) also felt good, removing the need to even think about where the nearest public charger or Tesla Supercharger might be.

These are luxuries no driver of an internal combustion BMW has experienced before, and they certainly do add up. Owning and driving a Tesla is remarkably simple and stress-free — something which feels like a luxury if you're not used to it.

But I don't want to mistake the commonplace quietness and smoothness of electric cars for a truly luxurious motoring experience. You wouldn't call an electric golf cart luxurious because it's quiet, smooth and easy to drive, so the Model 3 has to earn that 'luxury' tag in other ways. And I'm struggling to find them.

The base-level Model 3 is certainly not a luxury car. Its software is deliberately curtailed, limiting the navigation maps and hiding the web browser in the same way other car makers fit the dashboard with blank buttons, filling the holes reserved for the features you can't afford. 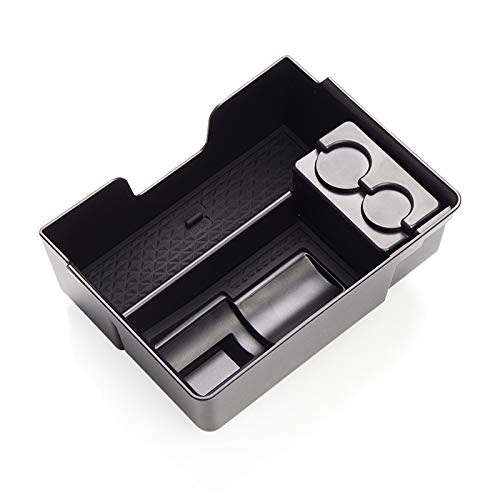 Adding extreme performance is certainly exciting, and part of the Concorde's luxury was in its speed. But a hot 0-60 time isn't enough on its own. Luxury comes via the invisible and often intangible collaboration of parts, and of feelings. They join together and, aided by decades of brand-building, create an air of luxury which the back seat of a Range Rover or a Mercedes exudes in a way no Tesla — no version of S, X or 3 — can match today.

The Model 3's simplicity relaxed you on potentially stressful drivesGearBrain

Owning a Tesla may feel like a luxury for now, and they will certainly retain a premium feel while smooth, silent battery power remains a niche. But once the majority of new cars are electric, and available across all price ranges, Teslas in their current guise will feel decidedly middle-of-the-road.

Ultimately, luxury is in the eye of the beholder. Some will consider the quietness and zero tailpipe emissions of Teslas to be a luxury which improves their life. Others, perhaps switching from a German rival, may question where the luxuries they are used to have gone.