Bad Wi-Fi? How to fix it with an extender or mesh network

Most of us are, at one time or another, likely unhappy with our home Wi-Fi. Netflix buffers too often. Skype or FaceTime connections are blurry, and an online game stalls as a roommate streams video. Wi-Fi reception is great in one room, lousy in the next, and some smart home devices pair easily with your Wi-Fi network, others not at all.

So how do you get your Wi-Fi to work the way it's supposed to work, with plenty of speed up and down, and with great coverage all around your home?

You have five options:

Let's take each option in sequence, and explore how to make the best Wi-Fi improvement choices for your unique situation.

A typical cable modem, which often connects to a separate Wi-Fi routeriStock

What Wi-Fi equipment do you have?

Forgive the Wi-Fi 101, but identifying your current Wi-Fi equipment, and the different varieties of Wi-Fi you can access, helps determine which way to best improve your setup.

Your Wi-Fi equipment was likely installed by your cable or internet service provider. This Wi-Fi gear usually comes in one of two configurations.

Most common is a single modem/router. This is typically a thin, vertically-oriented black box that connects via coaxial or phone cable to a wall outlet, which is where the cable/phone company pumps in your internet. This cable modem/router includes Ethernet (RJ45) ports on the rear to physically connect internet devices, like a TV or a smart home hub.

More importantly, this includes Wi-Fi (along with an impossibly long password, which you can and should change to something shorter) to connect remote devices such as your PC, smart TV, Wi-Fi security camera, video game console and other smart home devices, to the internet.

You may have just a cable modem, where Wi-Fi is not included. This smaller box, also wired to a wall outlet for the internet, is then connected via an Ethernet cable to a separate Wi-Fi router. This is often a flat box with antennae sticking up, and usually has an array of Ethernet jacks on its rear.

eero is a mesh router that replaces one network with another that knows whether to connect via 2.4GHz or 5 GHzeero

Either of these Wi-Fi equipment setups produce multiple standards of Wi-Fi. These Wi-Fi standards include, from oldest and slowest, to newest and fastest: 802.11b, 802.11g, 802.11n and, more recently, 802.11ac. The Wi-Fi Alliance has simplified the nomenclature of these confusing alphanumeric appellations with numerals – the current top standard is 802.11ax standard, now known Wi-Fi 6. To get top performance, both your router and the internet device need the same Wi-Fi standards.

But all are backwards-compatible, so if you have a router capable of Wi-Fi 6, it'll still work fine (albeit at slower speeds) with devices limited to Wi-Fi 4, for example.

Wi-Fi is sent from your router on two different radio frequency bandwidths: Wi-Fi 5 and 6 use the 5GHz band, which is more robust (especially for video streaming), with older Wi-Fi versions sent over 2.4GHz, whose signals travel further. Cable modem/routers usually allow you to create separate 2.4GHz and 5GHz Wi-Fi networks, each with their own names and passwords, although this is often no longer necessary.

The Wi-Fi signal pushed by your modem/router is limited to, at most, 150 feet, assuming there aren't any physical obstructions. Walls, especially concrete, steel reinforced or those filled with pipes and wires, along with floors and ceilings, can drastically limit the effective reach of your Wi-Fi, especially 5GHz, to as little as 15 or 20 feet outside the room in which your modem/router is located. This means a larger property with thick walls will almost certainly need a Wi-Fi extender or a mesh network to ensure a good connection to devices throughout the home.

Before you go out and buy more Wi-Fi equipment, your problem may be that you don't subscribe to a fast-enough internet service, or that your ageing router simply isn't good enough.

Second, let's check the speed of your internet service.

Download the Ookla Speedtest app to your smartphone from either the iOS App Store app or the Android Google Play store. Make sure your phone is connected to your home Wi-Fi network, then fire up the Ookla app to measure download and upload speeds in the room in which your cable modem/router is located.

If Ookla measures download speeds of 25 Mbps or less – and run the tests multiple times to make sure the first run wasn't an aberration – your problem is likely a slow connection. Although 25Mbps is fine for one person, with even 4K streaming perfectly possible, if you use a few devices at once and have multiple people in your home, everyone will suffer from a slower, patchy connection.

A router showing a Wi-Fi signaliStock

Ideally, you want the speed test to return a figure of 50Mbps or more. You can pay for a faster service, but some locations are physically limited by local infrastructure. We know of households in the UK that struggle to even get 5Mbps, with no option for an improvement until fiber cables are installed on that particular street.

You'll also want to take into account how many people in your home are simultaneously drawing from your Wi-Fi well. A service measured in the hundreds of megabits per second might be worth considering if your household is full of heavy internet users.

It is also worth baring in mind how many Wi-Fi networks are around you, emitted from neighbors' homes and causing invisible congestion and potential interference. Installing the most up-to-date gear and paying for fastest service can help power through this local frequency congestion.

Now take Ookla readings in other rooms in your home – and, again, take several readings to eliminate the occasional measurement hiccup. If the speed degrades considerably the further you are from your cable modem/router, then you need either a Wi-Fi range extender or a Wi-Fi mesh system.

But which one is the right one for your specific situation? This depends on a variety of factors that include the size of your home, where your cable modem/router is located, and what devices you want to connect to Wi-Fi.

But creating myriad networks in one home isn't necessarily a bad thing, as we'll see. Be aware, however, that a range extender first has to establish Wi-Fi connections to your original modem and router, just like any connected Wi-Fi device. This connection means a range extender only delivers around half the connectivity it's getting from your modem/router. If you're trying to spread 20Mbps Wi-Fi service via an extender, you're likely to be unhappy with the results. If you're getting 100Mbps service or more, however, the extender should be able to push out a signal that's fine, at around 50Mbps.

There are a growing number of tri-band range extenders and mesh systems, such as the Netgear Orbi. The third frequency band on these extender and mesh devices are assigned exclusively to communicate with your cable modem and router, leaving the remaining extended 2.4GHz and 5GHz bands at full connectivity power.

While a range extender leaves you with multiple Wi-Fi networks to deal with, a standard mesh system such as the eero, Netgear Orbi or Nest Wi-Fi by Google, simply replaces the original network with one that automatically knows whether to connect via either 2.4GHz or 5GHz. Your original modem/router 2.4GHz and 5GHz Wi-Fi networks remain, but you can effectively ignore them.

Note: If your cable modem is nearby your computer, television or game console, you are always best connecting via an Ethernet cable if possible, as that will provide a more stable connection than any Wi-Fi network.

Then there are the new category of extenders that I'm calling network extenders, which, instead of creating new Wi-Fi networks, actually extend the network name (aka SSID, or Service Set IDentifier), security credentials and passwords of your existing Wi-Fi networks.

The three from the Netgear Nighthawk Mesh family, all have dedicated third frequencies to directly link with your cable modem and router. They also work like a mesh system. 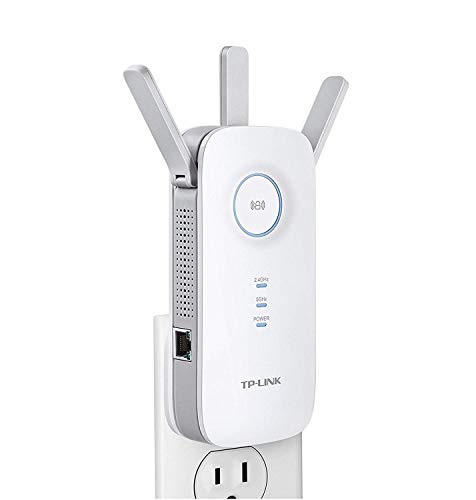 So you're left with the question: do you choose a Wi-Fi range extender, a Wi-Fi mesh system, or a network range extender with mesh? Here are questions to narrow down your final decision:

How big is your home? If you live in an apartment with three bedrooms or less, a range extender may be plenty. But if your castle comprises of more than three major rooms, and multiple floors, a Wi-Fi mesh system or one of the Netgear Nighthawk Mesh options, with module expansion and whole-home coverage capabilities, are the best solutions.

What devices do you want to connect? Choosing between a range extender and a mesh system boils down to what devices you need to connect. If the devices you want to connect to Wi-Fi are mobile – your smartphone, a laptop, a tablet, a portable game player, etc. – and therefore likely to be used in multiple rooms, you want a mesh system so the device isn't constantly switching between different extender networks depending on where you are. If your devices are relatively fixed – a smart TV, a media streamer, a video game console, a Wi-Fi security camera, a video doorbell, a smart lock – then connecting them via a second extender network is fine.

Do you need wired ethernet connections? You'll get more stable, maybe even faster, connections, when you connect a streaming video device such as a smart TV, a media streamer such as a Roku or Apple TV, or a video game console to the internet via an Ethernet cable – even if the Ethernet cable is connected to a wireless Wi-Fi extender or mesh system module. So if you want or need a better connection for your streaming video devices, you'll want an extender or mesh modules equipped with Ethernet jack or jacks and that can be located close enough to these devices. They should be placed less than six feet away, and connected via an Ethernet cable.

Your home likely contains a mix of portable and stationary connected devices. In this mixed-use scenario, a case can be made for deploying both a range extender and a mesh system.

Many smart home devices operate only on 2.4GHz networks. A mesh system includes both 2.4GHz and 5GHz and, as noted, automatically connects to the most appropriate frequency as required. But many smart home products aren't sophisticated enough to figure out how to connect exclusively to a particular mesh system's 2.4GHz network.

As noted, a dual-band range extender can be segregated into distinct 2.4GHz and 5GHz Wi-Fi networks. Or, you can opt for a cheaper 2.4GHz extender dedicated to your smart home gear. Using a segregated 2.4GHz extender network, you can connect just your stationary 2.4GHz-specific gear, then deploy a dual- or tri-band mesh system to connect all your other devices.

So, bottom line: first, check to see if you're subscribing to a fast enough internet service from your cable company or ISP – 50Mbps ought to be your minimum – and make sure your modem/router gear delivers AC and/or AX Wi-Fi, known as Wi-Fi 5 and Wi-Fi 6.

If you live in an apartment or small home and you subscribe to a fast service, a dual-band range extender such as the TP-Link RE450 may be all you need to make sure all your square footage is bathed in Wi-Fi.

If you live in a larger house with multiple floors, and/or your cable modem or router is located in a corner room, a mesh system is your best bet to keep all crannies of your castle connected.

Finally, if you need better service from video streaming devices, make sure the extender or mesh modules include Ethernet jacks and can be located within six feet of the devices so they can be plugged into the network.