With the Super Bowl and its domestic TV audience of almost 100 million sports fans just around the corner, many US households will have their eyes on a new television.

There is a greater choice than ever before, with prices stretching from under $200 to north of $60,000 (yes, really). There are also a great many technologies and buzzwords to get your head around, followed by the familiar struggle of deciding just how big a screen you can get away with.

Thankfully, GearBrain is here to help. Below, we outline what you should expect at budgets of $250, $500, $750, $1,000 and $1,500. We have also picked our favorite for each price tier, hopefully giving you all the information you need ahead of your next big purchase.

This HD Samsung TV is under $200Samsung

At this end of the market you should look at brands that you might not otherwise consider, like Vizio, Hisense and TCL. They might not have a kudos of Samsung, Sony and LG, but each still offers a range of good quality televisions for a modest budget.

At this price you will be limited to a Full HD, 1080p resolution. This means no 4K (also known as Ultra HD) and no HDR picture quality, either. But that doesn't really matter, as even in 2020 there is very little television content offered in 4K.

You should also expect screen sizes to be around 40 inches, which is still plenty for most cases. You can also expect to get a TV with an internet connection and smart features, like streaming apps from Netflix and others. This interface won't be as impressive as on a more expensive model, but this can easily be fixed with a Google Chromecast, Roku, or other streaming device.

At this price point we recommend the Samsung UN40N5200AFXZA. This is a 40-inch, LED television with a 1080p resolution, and an internet connection for streaming apps. There are two 10W speakers and a pair of HDMI ports for connecting your game console or TV box, plus a USB port. This TV is available from Best Buy for $199.99.

Doubling your budget to $500 opens up a lot of possibilities, including larger screen sizes, more HDMI ports, and 4K resolution. You can even pick up a television with HDR10 picture quality and compatibility with Dolby Vision.

The user interface and streaming apps generally to be faster and more responsive on more expensive TVs, and displays offer improved maximum brightness, as well as deeper blacks. When spending up to $500 you can bag yourself a TV of up to 55 inches from the likes of LG and Samsung. 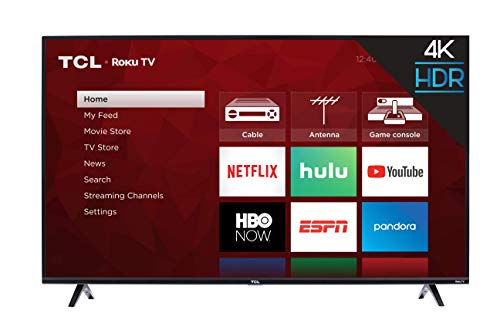 At this price, we recommend the LG UM6900PUA. This is a 65-inch television with a 4K resolution, HDR, two 20W speakers, three HDMI ports, and LG's webOS software. It is currently priced at $479.99 at Best Buy.

A budget of $750 gets you a Samsung with QLED technologySamsung

A budget of $750 broadly gets you a similar set of features as that of $500. You still get 4K with HDR and a good operating system, but the real difference now is backlighting technology.

With a budget of $700 or so, you can pick up a TV which uses Samsung's QLED technology. This promises a brighter picture with more saturated colors, deeper blacks, and a sharper contrast between the two. Spending more money also means better-controlled backlighting, with less 'bleeding' of light between light and dark pictures.

A bigger budget also means a more powerful processor which is more capable of upscaling HD content into 4K, plus a broader contrast ratio and smarter aesthetics. That said, a better-looking TV also usually means a thinner TV with lower-quality speakers.

A strong contender in this price range is the Samsung QN55Q60RAFXZA, which has a 55-inch 4K display with HDR, uses QLED technology, and is fitted with four HDMI ports and a pair of 10W speakers. It currently costs $699.99 at Best Buy. 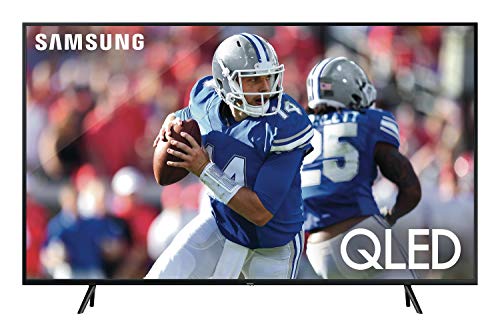 Samsung's arty The Frame TV is in reach with a $1,000 budgetSamsung

It seems crazy that we reach the second-highest price tier before getting close to equally the price of a flagship smartphone, considering the size and capabilities of modern televisions. But these are the strange economics of consumer technology in 2020.

When spending up to $1,000 on a television, you can start to expect the very best picture quality, and screen sizes stretching from 43 inches all the way up to 75 inches.

At the smaller end, we have quirky options like The Frame by Samsung, a 43-inch, 4K TV with a QLED panel, LED backlighting, and a smart, minimalist design. This TV has four HDMI ports, a screen which is designed to show artwork when not in use, 40 watts of audio power, four HDMI ports, three USB connections, and a price of $997.99 at Walmart.

This is a serious amount of money to be spending on a TV, and honestly if it was our budget we would probably spend $1,000 on the TV and $500 on a high-end sound bar. But, if this budget is purely for the television, then you have plenty of choice at the top of the market.

For $1,500 you can have a 75-inch Samsung QLED panel with excellent HDR capabilities, or you could switch over to OLED technology from LG. This is widely regarded as the best display tech available right now, producing perfect blacks and offering a TV which is incredibly thin, as there is no conventional backlight.

With a $1,500 budget, you can pick up the LG C9PUA, a 55-inch 4K, OLED television with HDR, and be safe in the knowledge that you have one of the very best TVs on sale today.

The best TV for an unlimited budget

The TV market is remarkable when you consider the breadth of prices on offer here. You can pick up a perfectly decent HD TV for $200, or a good 4K one for $500. But if you want the next generation of picture quality, 8K, then be prepared for adding several zeroes to the price.

Both Samsung and LG used the CES technology show in Las Vegas this month to show off their latest and greatest. LG has a rollable 8K TV which rolls away into a box when you're not using it. Called the LG Signature Series OLED TV R, the television measures a fairly reasonable 65 inches, yet is expected to cost in the region of $60,000 when it goes on sale later this year.

All that said, we wouldn't recommend buying an 8K TV in 2020, as there is almost no 8K content to watch on them. This situation will change through 2021, but only slowly. Stick with 4K for the next five years or so, and you won't regret it. 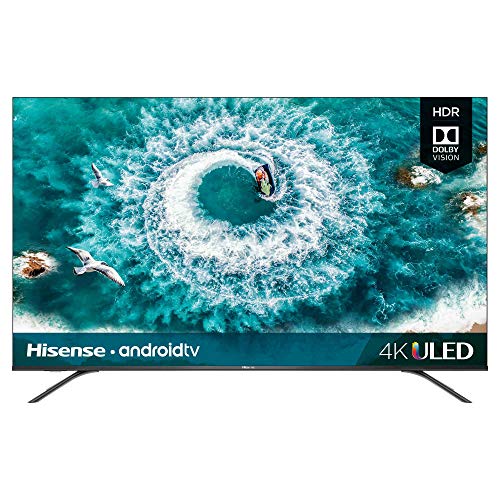