What is ambient computing? How the smart home and AI assistants could evolve

It's time the Internet of Things became a little more focused

Ambient computing, also known as ambient intelligence, is likely a phrase you are going to hear more about over the coming years, as the Internet of Things starts to make more sense, homing in on clearer use cases than merely being a huge, sprawling collection of connected devices.

Where the Internet of Things (IoT) can be used to describe the smart home and how devices within it connect together, ambient computing is more about what happens once these devices are connected, and what they can learn from each other.

Instead of us taking direct control of the smart devices — switching on the heating from our phone, for example — ambient computing is when the devices think for themselves, like a Nest Learning Thermostat.

Ambient computing will lead to a future where the smart home runs itself, based on our needs and external factors like the weather, time of year, our daily schedule, and even our mood. 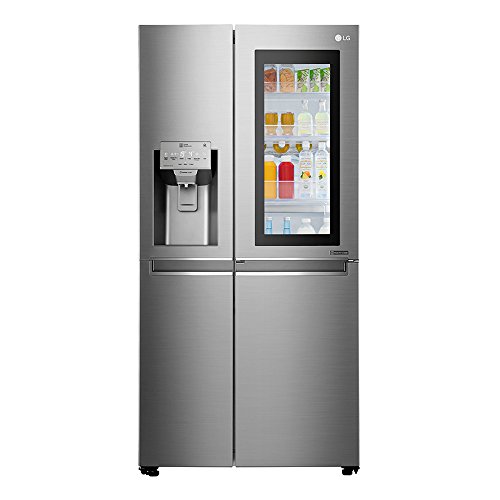 Samsung is keen to use the word 'ambient' to describe its smart home technologies, and in early 2018 announced Project Ambient, a conceptual look at what it calls "the automated living space of the future."

At the time, Samsung focused on how small listening devices could be placed all over the home (and not just appear in smart speakers like its delayed Galaxy Home). This would create a smart home system which is always listening and always ready to help with the owner's demands.

Although it doesn't use the word 'ambient', LG is on a similar path with its ThinQ brand of household appliances. The company gives a degree of intelligence to these, where they work together in a normal smart home capacity (voice control, smartphone apps, etc), but also think ahead and become proactive.

For example, instead of a smart washing machine simply doing as it's told, LG's vision is for the machine to identify how many clothes you have put in it, then pick the right setting to reduce time and energy usage. LG also plans to build household appliances which know when their parts are wearing out, and can alert you then book an engineer to come out and service them before they break down.

In this instance, ambient computing is where smart home devices work with us and help us, rather than just do as they are told. Of course, no one wants a washing machine or a dryer to rudely talk back, but there is a balance to be struck, where the device may suggest a different setting to the one you always use, as it quite possibly knows best. Ambient computing also refers to a seamless user experience, where previously unconnected devices talk to each other — a smart fridge could tell the oven what temperature to use when its owner picks a recipe from the touch screen, for example.

Voice assistants are key, working quietly in the background

Voice assistants like Alexa, Siri and Google Assistant are key to the success of ambient computing in the smart home. But they will work quietly in the background more so than they do today.

What if Siri just got on with things in the background? GearBrain

Now, you need to call out the assistant's name and ask it to do something — or dig into the phone app and set up a routine for it to follow — otherwise it will never do anything at all. Once ambient computing stretches across the smart home, these assistants will begin to think for themselves, and the smart home will become a more intelligent and proactive environment, doing things for you before you even asked.

This may sound simple enough, as it is a clear evolution of the smart home we already have today. But ambient computing is multifaceted, and extends beyond the smart home

Smartwatches and fitness trackers from Apple, Samsung, Fitbit and others are already impressive devices in their own right, but they could potentially do much more.

Say, for example, you visit your local gym and the Apple Watch on your wrist automatically logs you into the treadmill or the exercise bike, or uploads data from yesterday's at-home HIIT session to your personal trainer's iPad, where they can offer feedback. Your AirPods then start playing music to match your workout - and how difficult you're finding it, because of course the watch knows your heart rate and general fitness levels.

We already know Apple operates a secretive gym for its staff to use, and where future health and fitness devices are tested. From this came GymKit, which lets the Apple Watch exchange data with compatible gym equipment while you exercise. We wouldn't be at all surprised to learn that forms of ambient computing are also on the company's road map for the Watch.

Ambient computing in our above example could tap into your daily schedule, events in your calendar, your sleeping patterns, and plot all of this against your performance in the gym. Say you slept badly the previous night, then had an early meeting, followed by two more in the afternoon and you're due another early start tomorrow. With this data, your Apple Watch - with Siri acting as personal trainer - could go a little easier on you in the gym, offering a workout routine a couple notches below what you can achieve on a less chaotic day.

The data is all there for the taking — and in the case of Apple, it could reside entirely on its own devices, making it easier and less challenging for Siri to access and merge together.

Ambient computing in the car

After finishing at the gym, you get into the car and head home. With ambient computing, the Apple Watch could tell your car about the workout you just completed, and that your mood and fitness levels for the day are a little lower than usual.

The car could then navigate you a different way home, picking the route with less traffic and, although further, make for a simpler and less stressful journey. After all, taking in the views from a more rural drive home might help boost your mood.

Of course, this could also lead to the car suggesting a music playlist to fit your mood, and come up with some quick and easy recipe ideas for dinner. With a smart fridge at home and access to your recent grocery bill, Siri could know what's in the kitchen, what your favorite meals are, how many people you are cooking for that evening, how much free time you have, and come up with a recipe that fits.

Knowing you didn't sleep well last night, Siri could also try to suggest a quick meal that gives you the opportunity for an early night — and your favorite late-night TV show will be downloaded as you sleep, ready for you to watch over breakfast, or at the gym the next day.

Ambient computing could have your car adjust its route based on your mood, calendar, and how your day went. Google

A glimpse at an attainable future

This is mostly fiction for now, but nothing described in this scenario feels far from today's reality. The data is already being created — by your smartwatch, sleep tracker, calendar, shopping history and TV viewing habits — but gathering it all together and making sense of it isn't quite there it.

Of course, a major hurdle is the gathering of data from different companies, services and devices. It could be tricky for Apple to gain access to your grocery bill, for example, or for Alexa to know what you did at the gym. And, as always, it's easy to extrapolate this too far and end up with an episode of "Black Mirror."

But we believe a lot of good can come from this. Ambient computing has the potential to give us a better look at our overall health in a way today's unsynchronized smartwatches, sleep trackers, calendars, grocery bags and gym equipment cannot.

Ambient computing can appear in the home and the gym, but also in the (autonomous) car, at work, in hotels, or the seat-back screen of your next flight; anywhere with an internet-connected device to log into.

This isn't going to happen overnight, but over the coming year or two it will be fascinating to see how the smart home — along with personal health and fitness, and transportation — will evolve and become increasingly intelligent.