As the warmer weather of spring turns to summer, hay fever sufferers everywhere will be reaching for the medication, closing the windows and resisting the constant urge to rub their eyes.

Being allergic to pollen and other airborne particulate matter is no fun. Along with pollen being brought in from outside, having windows open on a warm, sunny day is likely to move dust around your home, increasing the likelihood of hay fever-like symptoms developing.

But along with the usual supply of tablets and nasal sprays, we at GearBrain think the smart home might be able to offer a solution.

Of course, not much can be done about the air outside. But there are air quality monitors, purifiers, smart plugs, Alexa and IFTTT (If This, Then That) applets that can help form an automated solution for keeping your hay fever at bay.

First up, here are some air quality monitors to consider:

One of our favorite air monitors, the Awair is a smart box with a simple LED arrangement for displaying a live score out of 100; the higher the number, the better the surrounding air quality. Now in its third generation, the $149 box also shows scores for temperature, humidity, CO2, chemicals and dust. Although it cannot measure pollen directly, the device's dust reading can be used to trigger a fan or air purifier, helping to remove the hay fever-like symptoms dust can cause.

We reviewed the Awair Element in early 2020 and liked its design, how it works with both Alexa and Google Assistant, and its precise, real-time readings of ambient air quality. However, the price is relatively high, but some $50 cheaper than the first-generation Awair with its wooden construction.

Much like the previous two options, the Blueair Aware monitors particulate matter, VOCs, carbon dioxide, temperature and humidity, and logs this data every five minutes. As with the others, this data can be viewed on the Aware's iPhone and Android smartphone app.

Where the Awair needs to tap into IFTTT (more on this later), the Aware can talk directly to Blueair's air purifiers, like the Classic 205. This setup was reviewed by GearBrain in 2017 and scored four stars out of five.

This $190 air purifier is designed to clean the air of spaces measuring up to 214 square-feet. It both monitors and cleans the air, and good news for hay fever sufferers is how the HEPA filter clears out 99.7 percent of particles, including dust, pollen and smoke.

We reviewed the Airmega 150 and praised its quiet operation in its least intensive mode, competitive price and simplicity.It can be tricky to measure how well these devices are working, but we like how the Coway measures air quality as it cleans, and we noticed how the earthy smell of a food containing a lot of plants was reduced when the purifier running. However, it misses out on smart and connected features, and can get quite loud in its most intensive setting.

Airthings sells a range of air quality monitors, and while these don't actually clean the air, they can help alert you to problems like spikes in CO2 and radon. Useful for hay fever sufferers if how Airthings recently updated its smartphone app to include local pollen datapollen data. This isn't the most advanced of systems, but the app now shows how much tree, grass and weed pollen there is in your area, giving each metric a score out of five.

More than that the app also breaks down tree pollen into four different categories, and as I write this I can see that my area of London scores a 3/5 for tree pollen, with birch causing that, not oak, pine or olive. If you know what sort of pollen causes your hay fever, this can be really useful information.

We write a lot about If This, Then That at GearBrain, because it has the power to make smart home products and services work together in ways they couldn't do before. The platform's so-called applets can be created in just a few seconds and are how devices trigger each other into action.

For example, an IFTTT applet can be written to switch on a Samsung air purifier when a Blueair Aware detects high levels of particulates. With a tweak of the applet, this could be used with an Awair. Similarly, the applet can be modified to take control of other smart home devices, like a WeMo air purifier or Tado air conditioner.

IFTTT can also be used to make devices react to the weather forecast, or alert you to a high pollen count. For example, an applet can send you an email or other notification when Weather Underground reports a high pollen count for your area, reminding you to take your hay fever medication. Or, an applet could take that same forecast and switch on your air purifier before pollen starts to affect you.

A simpler early-warning system could take the forecast and turn a Philips Hue smart light red when the pollen count is above a certain number. You could configure this so that your bedside lamp turns green on low pollen days and red when the count is higher - and set it to change the lamp's color at the time you return from your morning shower.

However, IFTTT introduced a pricing structure in 2020, whereby users who choose not to pay can only use three custom-made applets at a time. If you require more than three applets (and if you are a smart home enthusiast then you probably will) you'll need to pay $3.99 a month for IFTTT Pro. You can read more about the differences between the free and Pro tiers here. 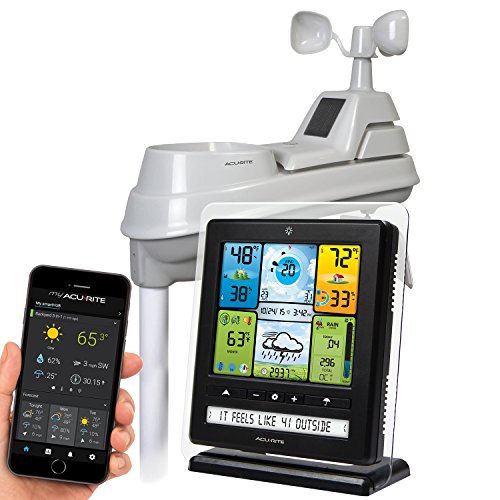 This is something of a low-tech solution, but if you can find an air purifier or conditioning unit which switches on and starts working as soon as it receives power from a wall outlet, it could be just as effective as a more complex, automated system.

That's because a smart plug can be set to switch on when IFTTT tells it to – either because an air quality monitor like the Awair Element has recorded a rise on particulate matter, or because the local weather forecast predicts high pollen for the day.

You could also use this system for switching on a fan plugged into a smart plug to circulate air, or even activate a motorized window blind when the room's temperature reaches a certain level.

As we said above, it is crucial that the air purifier, conditioner or fan works when it receives power and does not require the press of a button - because if it does, the smart plug will have no affect. You should also look to buy a purifier with a HEPA filter, and learn about how often the filter needs replacing - this can be as often as three months, in some cases.

Stepping away from IFTTT - and thus taking a less automated approach - there are now air purifiers with their own Wi-Fi connections and Alexa skills. This means you can set the purifier to work at certain times of day via the Alexa Routines function, or have the device to switch on when you ask Alexa out-loud.

Air purifiers which can be controlled by Alexa include:

You could also invest in a product from Dyson, like the Pure Hot+Cool. This is an air quality monitor, purifier, heater and fan in one. It cannot actively cool the air like an A/C unit, but the bladeless fan is quiet and powerful, while the heating element works well and the purification system is automated, ramping up the fan when dirty air (such as while cooking nearby) is detected. You could take manual control on a day when the pollen count is high to help clear the air and address any allergies you might have.

Dyson recently expanded its air purifier range with a model that also identifies and destroys formaldehyde. Called the TP09 Cool and the HP09 Hot+Cool, the two devices also work as air quality monitors, HEPA filters and cooling fans, with the latter also operating as a heater.

What does the future hold?

For now, most smart air quality monitors do not offer specific measurements of pollen, and instead group it into their particulates reading. We would like to see extra granularity here in the future, allowing hay fever sufferers to know more clearly when pollen in their home is high.

The future will also see smart homes open and close their windows to regulate their temperature and humidity, and to expel excessive amounts of carbon dioxide. The Velux Active, a motorized window system powered by Netatmo, launched in 2019 as a way of automatically controlling windows, blinds and shutters based on the weather and indoor conditions. We hope to see this system, and others, take particulates, dust and pollen into account in the near future.

With all of these devices and services, a smart home where the windows automatically close and air purifiers switch on when high levels of pollen are recorded is much closer than you might think.

Check out The GearBrain, our smart home compatibility find engine to see the other smart devices and compatible products that work with Google Assistant and Amazon Alexa enabled devices.